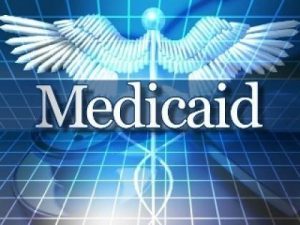 Here’s something you don’t see every day: a report about Medicaid in which New York’s costs are substantially lower than the national average.

On closer inspection, however, the story appears to be less about what New York is doing right, and more about what other states are doing wrong.

On Wednesday, the Medicaid and CHIP Payment and Access Commission (aka MACPAC) released its first ever state-by-state analysis of spending on the so-called expansion population—able-bodied adults who became newly eligible for Medicaid coverage under Obamacare’s expansion of the program.

As shown in the chart below, MACPAC found that New York spent $4,736 per expansion enrollee in 2016, 19 percent below the average and sixth lowest among the 29 states that opted for expansion.

This is a dramatic contrast with New York’s spending on Medicaid as a whole, which was $9,874 per enrollee—34 percent above the national average and sixth highest among the 50 states.

The explanation may lie in how the Affordable Care Act worked: To entice states to expand their Medicaid programs to cover everyone up to 133 percent of poverty, the federal government promised to pay 100 percent of the additional cost in the initial years, declining to 90 percent by 2020. Some states appear to have responded by paying providers and insurers much higher reimbursement rates for the expansion population—knowing that Washington would foot all or most of the bill.

Tending to bear out this suspicion are the huge gaps between some states’ per enrollee costs in the expansion group versus non-disabled adult recipients in traditional Medicaid.