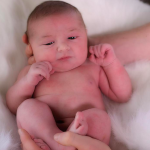 Governor Andrew Cuomo’s efforts to reduce maternal mortality have put New York’s doulas on the path to state regulation—and some of them want to get off.

Under a little-noticed bill passed in the Legislature’s end-of-session rush, the state Health Department would start issuing certificates to doulas, non-medical practitioners who provide guidance and support to women having babies.

Certification would be voluntary, and the requirements are minimal: being at least 18 years old, having suitable training, passing an exam, demonstrating “good character” and paying a $40 fee—with details to be worked out in regulation.

One purpose is to make it possible for doulas to be covered by Medicaid, as Governor Cuomo has proposed as part of his initiative to reduce maternal deaths during childbirth. Using tax dollars to pay providers without at least some credentials would leave the program vulnerable to being abused, and likely run afoul of federal law.

Yet the plan for state certification is getting pushback from some doulas, including DONA International, which describes itself as “the world’s first, largest and leading doula certifying organization.”

“We are concerned about the possibility that this could lay the groundwork for the criminalization of doulas who are not certified through the state,” the group wrote in a June 19 letter urging a veto by Cuomo.

This argument seems overstated, at least in the short term. As sponsored by Assemblywoman Amy Paulin of Westchester County and Sen. Jessica Ramos of Queens, the bill in question does not create an exclusive “scope of practice”—meaning doulas could legally practice in New York whether certified by the state or not. Several paragraphs detailing enforcement procedures were dropped from the final version.

In the longer term, there’s good cause for concern. Writing an exam means setting standards for training, which could easily lead to regulation of training organizations. It’s not hard to imagine certified doulas going down the same path as other professional groups in Albany – and lobbying to increase their own rights and privileges at the expense of those who lack the state’s seal of approval.

Meanwhile, Cuomo’s doula pilot project in Erie County and Brooklyn is offering fees that amount to only $600 for labor and delivery plus eight pre- and post-natal visits—which some doulas understandably consider too low.

At the same time, providing doula services to large number of low-income women would be hard to accomplish without some kind of state funding, and the state would have no business paying doulas without setting minimal standards.

Even before this week’s action by the Legislature, the Health Department was requiring doulas to formally attest to their qualifications—a de facto certification process—before doing business with Medicaid.

Cuomo’s maternal mortality initiative has put New York’s doulas at a crossroads, between keeping their traditional independence and accepting state oversight. As this week showed, for better or worse, the choice of direction is not ultimately in their hands, but those of state lawmakers.

Governor Cuomo's efforts to reduce maternal mortality have put New York's doulas on the path to state regulation – and some of them wan...

Cuomo's maternal mortality initiative has put New York's doulas at a crossroads, between keeping their traditional independence and accep...