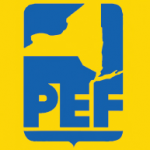 Cuomo said the state had agreed to raise salaries for Public Employees Federation (PEF) members by 2 percent a year over three years, or a cumulative 6.12 percent, starting in the current fiscal year.

Two percent is a fiscally and politically significant benchmark in the Cuomo II Era: it’s the governor’s self-imposed limit on state operating funds spending growth—achieved, to be sure, with a bit of fudging—and it’s also the maximum starting point for the state’s (overridable) local property tax levy cap.  On a year-to-year basis, as of September, the consumer price index was rising by 1.5 percent.

The governor’s statement on the agreement with PEF, which represents higher-paid professional, scientific and technical workers, provided no hint of the potential fiscal impact. But based on official cost estimates for the one-year retroactive deal the state reached with the same 54,000-member union last year, and adjusting for the impact of that raise on base salaries, the new contractual raises will add $74 million to this year’s budget, rising to an annual impact of more than $220 million by fiscal 2019.  The cumulative three-year cost would come to around $445 million.

Like PEF, the state’s other unions—the largest of which is the Civil Service Employees Association (CSEA)—all had deals that expired on March 31, at the end of fiscal 2016. The FY 2017 Enacted Budget Financial Plan says (on page 46) that a general 1 percent salary increase for members of all state bargaining units would add $131 million a year to the state operating budget. (It is not clear whether the $131 million figure includes added pension costs.) That number would indicate that today’s tentative agreement, including the compounded value of each percentage point, could approach $800 million on annual basis by fiscal 2019. The cumulative added cost for the three-year period would be nearly $1.5 billion.*

The number could be smaller if the agreement includes any hidden savings. Pay hikes aside, the only added detail in today’s announcement by the governor was this:

Both the state and PEF agree to work together on a plan to reduce out-of-control healthcare costs.

Which would be nice if it actually results in savings, but is hardly a bankable promise.

Cuomo’s statement concluded: “Other details of the contracts will be released shortly.” Which, as in the case of the new Buffalo teachers’ contract, is fairly typical of the way government and unions do business in New York: the gritty details of their deals are none of our business until they’ve signed on the dotted line.

To his lasting credit, Cuomo achieved significant savings in his first round of contracts with PEF, CSEA and other unions. He also has reduced the workforce through attrition and crammed a lid on overall state agency costs, which have risen much more slowly than the rest of the budget since 2011.  By historical standards, 2 percent is a small pay hike on a nominal basis—although, as noted, it is still ahead of the current and recent average inflation rate. And the terms of the PEF pact no doubt reflect what Cuomo and his Budget Division consider affordable in the context of the current financial plan. Still, aside from the pledge to “work together” on health insurance costs, there is no indication that the deal offers any money-saving structural reforms to workplace practices or compensation arrangements.

Unlike New York City, which has a larger workforce, the state government doesn’t issue financial plans that include an acknowledged collective bargaining reserve for periods after contracts have expired. Unless Cuomo’s Budget Division is hiding a lot more money than it would appear from the latest plan, the state’s budget gaps just got larger—at a time when revenues are weakening.