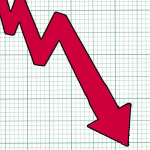 Based on the latest revenue numbers, New York State’s fiscal situation is getting tighter by the month.

Total state tax receipts for September came to $8 billion, according to the monthly cash report issued by the state comptroller’s office late Friday. That was $91 million below the target set in the revised financial plan issued by Governor Cuomo’s Division of the Budget (DOB) in mid-summer—which, based on weak first quarter performance, already had made a $600 million a year downward adjustment in projected annual tax revenues through 2020.

Boosting concerns about underlying economic conditions, the weakness is concentrated in the state’s largest revenue category, the personal income tax (PIT).  September is an especially important month for evaluating the outlook for PIT receipts, because it marks the mid-point of the fiscal year and because Sept. 15 is one of four quarterly filing periods for estimated tax payments by investors, business owners and self-employed people.

PIT receipts in September totaled $4.7 billion, a full $300 million (7.4 percent) below the reduced estimate in the July financial plan.  The results were also $343 million below PIT collections for September 2015.  Through the first six months of the fiscal year, net personal income tax receipts are a whopping $734.3 million below the amount collected by the state at the same point a year ago.

Consumption sales and use taxes were basically on target at $1.6 billion. This number, however, incorporates a very weak growth rate of 1 percent for the month of September and 2 percent through the first six months of the year.

So, what does this mean for next year’s budget?

In the short term, the state has a big enough cushion of ready cash to absorb the further revenue decline.* But if the downward trend keeps up for the next few months, next year’s budget will require belt tightening beyond the 2 percent cap Cuomo already has imposed. School districts, in particular, should not expect anything approaching a repeat of this year’s record $1.5 billion (6.5 percent) state aid increase—although advocacy groups will surely demand it.

* PS — Maybe.  Then again, if PIT receipts for December and January are off the mark as much as September’s, the added shortfall would translate into a more significant, added problem of $777 million.