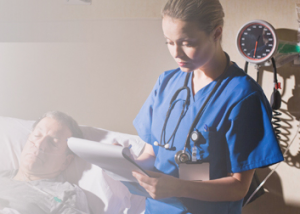 New York is cited as “something of a case study in all that is wrong with Medicaid,” but also as a state “in the vaguard” of Medicaid reform, in a new National Affairs article by Paul Howard, director of Manhattan Institute’s Center for Medical Progress.

In a long article that could serve as a primer on Medicaid’s shortcomings as they relate to the current healthcare policy picture, Howard explains how Obamacare will give governors throughout the country leverage to press the federal government for much-needed “fixes to Medicaid that will help their states avoid a looming fiscal catastrophe.”

While Medicaid was supposed to provide care for the poor, Howard writes, there is little relationship between spending and health outcomes for program’s beneficiaries. Indeed, there is evidence that Medicaid is “deeply regressive,” spending more in wealthier states that get a lower federal reimbursement, he notes.

Which brings him to New York:

… While the Empire State has only 7% of the nation’s population, it accounts for more than 13% of national Medicaid spending (the price tag for New York’s Medicaid program is estimated at $54 billion for the 2012-13 fiscal year). In 2009, New York spent $8,960 per Medicaid enrollee, while Mississippi spent just $4,890, according to the Kaiser Family Foundation. New York in fact spends 62% more per Medicaid enrollee than the national average and spends more than almost any other state across every Medicaid category: In 2009, New York spent 47% more per adult enrollee than the national average ($4,277 versus $2,900), 89% more per disabled enrollee ($29,881 versus $15,841), and 71% more per elderly enrollee ($22,494 versus $13,149). Spending on children was comparatively modest: New York spent only about 9% more than the national average, $2,505 versus $2,305. While differences in cost of living explain some of the disparity between New York’s figures and those of the rest of the nation, much of the gap results from the regressive nature of a program that, in theory, is supposed to be part of a progressive national scheme of welfare benefits to the poor.

The state’s program is also notoriously plagued by fraud and shoddy accounting controls. In 2012, reports from the Congressional Committee on Oversight and Government Reform and the Office of the Inspector General at the U.S. Department of Health and Human Services revealed that New York had systematically overbilled federal taxpayers for Medicaid services for the mentally disabled for nearly 20 years. New York’s state developmental centers — which offer treatment and housing for individuals with severe developmental disabilities — had received a staggering $1.5 million annually per resident in 2009, for a total of $2.3 billion. Of that amount, the HHS Inspector General found $1.7 billion to be above actual reported costs. State centers were compensated at Medicaid payment rates ten times higher than the Medicaid rates paid to comparable privately run developmental centers.

How did this gross overpayment go unchecked for nearly two decades? According to the congressional oversight-committee report, the overbilling resulted from a funding formula agreed to by HHS and state Medicaid officials in 1990. Over the course of the following 20 years, however, HHS never bothered to audit the payment rate to ensure that it was still in line with actual costs. State officials, of course, had no incentive to bring the overpayment to the attention of federal regulators. As a result, New York pocketed at least $15 billion in excessive payments.

Despite this lavish spending, New York’s health-care outcomes generally range from poor to average compared with other states’. For example, in a 2009 report by the Commonwealth Fund, New York ranked 50th in avoidable hospital admissions. Indeed, Governor Andrew Cuomo’s Medicaid Redesign Team, tasked with slowing program growth, has readily conceded that the state’s Medicaid program offers poor value for both enrollees and state taxpayers — in part because of its excessive focus on institutional and hospital care instead of on primary care and on disease-prevention and -management programs.

Yet as glaring as New York’s Medicaid problems are, and as costly as the program is to federal and state taxpayers, any attempt to fix the problems or control the costs is likely to face significant popular resistance. Medicaid has deep roots in state economies, where it is a significant source of revenue for hospitals, nursing homes, and personal-care providers. Medicaid is the single largest payer of the costs of long-term care services for the elderly and nursing-home care, accounting for more than 40% of both markets. It also pays for around 40% of all U.S. births, according to the National Association of Medicaid Directors. As a result, health-care providers and others who rely on Medicaid for a significant share of their incomes protest vigorously against any federal efforts to cut Medicaid spending or to even slow its growth. [emphases added]

Howard supports the idea of turning Medicaid’s reimbursement system into a “block grant,” modeled on the approach that worked with welfare reform.  Block grants will gives states more flexibility to experiment with changes in the program designed to fit their own circumstances, he says.  And he cites New York—along with Rhode Island and Indiana—as three states already “in the vanguard,” which “have embraced innovations that show how state policymakers can use increased flexibility in their Medicaid programs wisely. These states have pursued patient-focused reforms that are now poised to help lower costs and improve health-care efficiency.”

In 2011, the Empire State embraced a global cap on a substantial fraction of its Medicaid expenditures (excluding spending on disabled Medicaid recipients and on services related to addiction and mental-health problems). The cap will increase by 4% a year, based on a ten-year rolling average for inflation in the cost of medical services. While 4% may seem significant, it is still well below historical growth rates for New York’s Medicaid program: From 1991 to 2009, spending in New York’s Medicaid program grew at an average annual rate of 6.2%, according to a December 2011 report from CMS [Centers for Medicare and Medicaid Services].

As part of the reforms embraced under the cap, New York’s health-care providers have been granted increased flexibility to bring costs down — like reducing unnecessary testing and using care coordinators to ensure patients get the help they need. Recognizing the need for still further improvements, New York is now seeking a CMS waiver to move populations that are currently in fee-for-service Medicaid — such as the disabled — into managed-care arrangements like those that have succeeded in Rhode Island.

Howard doesn’t get into more New York details; if he had, he might have noted that Governor Andrew Cuomo hasn’t yet secured that needed CMS waiver.