A property tax cap hasn’t even passed both houses yet (as of late Thursday), and already the state Senate has slipped through a bill that would allow school districts to circumvent it.  The measure immediately was referred to the Assembly Ways & Means Committee, just a step away from a floor vote in the legislative session’s final hours. 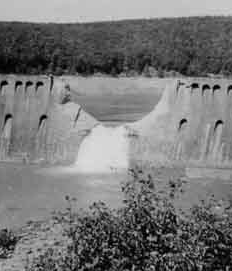 An egregious fiscal abuse on its own terms, the bill (S.4067-A) would allow school districts across the state (except for New York City) to issue 15-year bonds to cover a portion of their rising teacher pension costs over the next several years — at least $1 billion in all, by one estimate.  The measure was introduced two months ago at the behest of the New York State United Teachers (NYSUT) as a way of reducing pressure on teachers to make contract concessions.

Sound familiar?  The bill — sponsored by Sen. Martin Golden and Assemblyman Peter Abbate, both of Brooklyn — was the subject of a critical blog post here back in early April.  At that time, Senate sources claimed it was going nowhere.

A version of the same bill targeting the Yonkers school district alone was introduced much more recently, as highlighted here a couple of days ago, but the Assembly version had been amended to “strike all (wording) after enact,” which is a sponsor’s way of putting on the brakes.

This afternoon, the Yonkers City Council was schedued to act on a budget partially contingent on the pension bonding plan.  And then this evening, out of the blue, a statewide version of the bill moved to the Senate floor and was passed.  NYSUT obviously struck again.  After all, why settle for a financial gimmick designed to preclude union givebacks in one district when you can persuade your friends in the Senate Republican majority to do it statewide?

If passed, the bill will not only push higher pension costs well into the 2020s–and compound them with high interest charges, since pension bonds are taxable — but it will also represent a massive breach of the tax cap. Remember: the revised version of the cap makes an exclusion for a portion of pension costs.  Under the Senate’s teacher pension bonding special, assuming the cap is enacted, districts can collect added taxes to cover rising pension costs even while bonding out those costs over a period of up to 15 years.

The spotlight turns to Gov. Cuomo. Did the governor send the Legislature a signal that this would be OK with him?  If not, how quickly will he veto it?