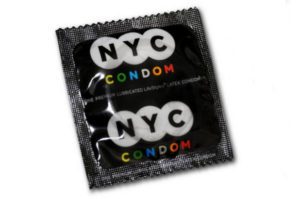 The Comprehensive Contraception Coverage Act, which is speeding toward passage in Albany, is typically portrayed as protecting women. As a practical matter, though, some of its prime beneficiaries will be condom buyers who are predominantly male.

The bill mandates insurance coverage for all forms of birth control, which is also required by federal law. It also prohibits copayments for contraception, which are already banned by state regulation. These provisions are useful only as backstops against future changes in Washington or in the governor’s office.

But the legislation does go beyond the status quo in certain ways, and one of them is adding insurance coverage for over-the-counter products. Condoms are one of the few contraceptives sold without prescriptions, and by far the most popular.

Assuming the condom mandate becomes law, it will raise awkward questions: Can insurers limit coverage to generic latex products that cost $19 for 100? Or do they have to pay for brand-name lambskin at $5 each?

The bill further requires insurers to provide up to 12 months’ supply of contraceptives per visit to the pharmacy. The Cuomo administration will presumably have to issue regulations declaring how many condoms a consumer needs during the course of a year and setting guidelines on materials and styles.

The proposal also goes beyond current law by eliminating copayments and deductibles for sterilization procedures, such as vasectomies and tubal ligation – which raises a question of fairness. Why are these elective procedures being exempted from cost-sharing when necessary surgeries, such as mastectomies for breast cancer, are not?

A late amendment, added on Friday, establishes a “prescriber prevails” rule for contraceptives, the first time this policy has been applied to commercial insurance. This gives doctors additional authority to insist on a particular brand of device or medication, whether or not it is on an insurer’s “formulary” of covered drugs.

This seems largely redundant: The bill separately specifies that insurers must cover at least one brand of every drug or device approved by the Food and Drug Administration. Existing law also includes an appeals process for denied claims, so that doctors can override a formulary restrictions when medically necessary (if, for example, a patient is allergic to the generic version of a product.)

The state has previously used “prescriber prevails” only for recipients of Medicaid, and only with respect to certain conditions, such as serious mental illness and AIDS. Adding it to the contraceptive mandate sets a precedent that, if extended to other types of medication, would undermine efforts to control pharmaceutical costs.

Governor Cuomo has included the Comprehensive Contraception Coverage Act as part of his Women’s Agenda. It has been paired with the Reproductive Health Act, which would reinforce and expand abortion rights in state law. The Legislature is planning to pass both measures on Jan. 22, the 46th anniversary of the Supreme Court’s Roe v. Wade decision.

Beneath the symbolism, however, the contraception bill is an insurance mandate – and the usual warnings apply: Since large, self-insured employers are exempt from state regulation, it directly affects only small employers and people who buy insurance in the non-group market. It does not make contraceptives “free,” but shifts the costs to other consumers, adding (albeit slightly in the case) to what are already the highest premiums in the lower 48 states.