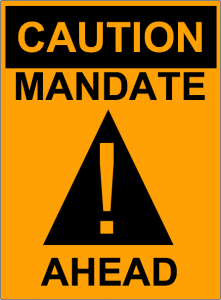 As the legislative session heads into its closing weeks, it’s time to update Mandate Watch, the Empire Center’s tally of bills that would impose additional coverage requirements—and costs—on health plans.

The goal is to raise awareness of an expensive habit in Albany: passing insurance mandates without thinking through the consequences.

Most such bills mandate coverage for services that go beyond the evidence-based recommendations of medical societies and other experts—and might therefore encourage unnecessary or wasteful care. Almost all would tend to push up premiums that are already among the highest in the country. None has been subjected to rigorous cost-benefit analysis.

Since most large employers are self-insured, and therefore exempt from state regulation under federal law, mandates mostly affect the small-group and non-group markets—where buyers are more likely to drop coverage if premiums grow too quickly.

Our latest search of pending legislation, summarized here, turned up 120 proposals for new insurance mandates. That’s up 29, or almost one-third, since Mandate Watch was inaugurated in March 2017.

Most are one-house bills with little chance of becoming law. But six have passed the Assembly this year, and 25 have majority sponsors in both houses.

One of the more consequential bills—and probably the most expensive—is A. 2646 (Simotas)/S. 3148 (Savino), mandating coverage of in vitro fertilization (previously discussed in detail here). A similar law in Massachusetts adds an estimated $200 a year to the average cost of coverage for a family of four.

Some of these bills exceed mainstream guidelines. The American Cancer Society, for example, recommends mammograms for women at average risk starting at age 45, and says they should be optional at age 40.

The U.S. Preventive Services Task Force, meanwhile, urges biennial mammograms starting at age 50, and says they should be discretionary for women in their 40s.

By ignoring such guidelines, lawmakers run the risk of promoting unnecessary or even harmful procedures—and driving up premiums in the bargain.

To avoid such possibilities, the Legislature in 2007 voted to establish a commission to study the costs and benefits of proposed mandates before enacting them. Unfortunately, the officials responsible for appointing members of the panel never followed through, and Governor Cuomo vetoed its unused funding last year.

Looking to revive that good idea is Assemblyman Clifford Crouch (R-Bainbridge). He is sponsoring A. 2230, which would establish a Health Benefit and Cost Commission to review both existing mandates and new proposals.

“Many of the benefits mandated have served to ensure that people have access to care that they need, but this mandated coverage has also resulted in premium increases,” the sponsor’s memo says. “It is the sponsors’ belief that the Legislature and the public should have cost and benefit analysis before deciding whether to require all policies to include a certain benefit.”