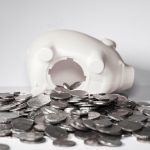 With state revenues crashing and joblessness skyrocketing, more than a third of the New York state government workforce is scheduled to get a 2 percent pay raise in less than a week.

Under current union contracts, about 65,000 state workers represented by the Civil Service Employees Association (CSEA), as well as more than 20,000 corrections officers and other smaller employee categories, will see their pay rise effective April 1. For many, these base pay hikes will be compounded by seniority-based raises prescribed by the “step” schedules common in civil service titles.

This is an installment in a special series of #NYCovidCrisis blog posts by Empire Center analysts, focused on New York’s state and local policy response to the Coronavirus pandemic.

Two percent pay hikes are also scheduled for other state workers, including 30,000 SUNY employees who will get 2 percent raises in July, and more than 20,000 City University of New York (CUNY) faculty due for raises in November. The remaining one-third of state workers, including agency police officers, corrections supervisors, and about 52,000 white-collar workers represented by the Public Employees Federation, are working under expired contracts. State worker unions have generally sought, and won, retroactive pay raises matching those given to other unions.

These raises will cost a total of $359 million to annual state budget expenses at a time when Budget Director Robert Mujica says state tax receipts are poised to fall by as much as $15 billion due to economic disruption caused by the coronavirus emergency.

As E.J. McMahon noted in this space last week, a statutory freeze on all public-sector pay raises would help minimize layoffs at government agencies. If such a freeze was enacted as part of the forthcoming state budget, it would save roughly $1.5 billion for all other levels of government, bringing the total savings to $1.9 billion.

But if the pay raise goes forward on schedule, a costly business-as-usual precedent will be set for all unionized workers at every level of government. The higher pay will be baked into the budgetary base at a time when the national economy is plunging into uncharted waters of an economic recession that could deepen into the first broad depression since the 1930s.

Hundreds of thousands of New Yorkers have lost their job, but more than a third of the NY state workforce is set to get raises next week.