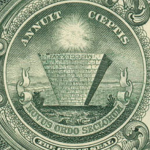 After months of behind-the-scenes work, the state Department of Taxation and Finance is circulating a “discussion draft” of proposed bill language creating a new form of state tax designed to preserve some federal income tax deductibility for state and local taxes (SALT) paid by partners in unincorporated firms.

The draft language would establish an Unincorporated Business Tax (UBT), imposed at a flat 5 percent rate on partnership income that is now subject to the state personal income tax (PIT). The UBT would (presumably) be deductible as a business expense on federal tax returns, and 93 percent of a partner’s proportionate share of the tax could be claimed as a credit against his or her state PIT.

The purpose would be to offset the $10,000 SALT deduction cap enacted as part of the federal Tax Cuts and Jobs Act (TCJA), passed by Congress in December and effective starting this year. Importantly, at least in preliminary form, the UBT would not apply to sole proprietors, or to state-classified limited liability corporations.

This approach could work, if the devilish details can be ironed out. But if the emerging details in the proposal are any indication, it won’t be easy.

Governor Andrew Cuomo announced in his January State of the State that he’d be proposing new state tax provisions designed to “thwart” the impact of the new SALT cap. The FY 2019 state budget includes one such change: creating an optional corporate payroll tax, coupled with PIT credits. As explained here previously, this tax will hold very little appeal for the vast majority of New York companies, which mainly employ wage-earners and managers who have nothing to lose from the SALT cap.

The budget also establishes two new state trust funds designed to receive “charitable” contributions, offset by PIT credits, that could (it is assumed) be claimed as federal tax deductions. Local governments and school districts would be authorized to create their own trust funds, linked to partial property tax refunds, for the same purpose. However, many top tax experts (including a former New York tax commissioner) believe the Internal Revenue Service is unlikely to allow deductions explicitly designed to substitute for taxes that would have to be paid otherwise.

Cuomo has greatly exaggerated the scope of the SALT cap’s impact, implying that it will lead to higher taxes for a broad swatch of homeowners, especially in downstate suburbs. In reality, the impact on the middle class will be more limited.

The group of New Yorkers with by far the most to lose from the SALT cap are the best-compensated members of its most lucrative investment partnerships and law firms, which are excluded from the TCJA’s big tax break for partners in pass-through firms. Partners in these firms, based mainly in New York City, are the core of the Empire State’s highest-earning 1 percent, on whom the state has become increasingly dependent for an outsized share of tax revenues.

The UBT is designed to restore the value of SALT deductions for partners in such firms, in particular. But pass-through entities, especially in finance, can have extremely complicated and variable tax structures. And so the New York draft language, seemingly derived in part from a similar bill pending in Connecticut, is also complicated—with some big loose ends.

For starters, the most important question is whether the UBT will be optional.

If it’s not optional, then it’s a new business tax—or rather, a partial resurrection of a form of taxation abolished at the state level in New York nearly 40 years ago. Even if optional, it could create a new vehicle for future tax hikes, especially if it is perceived as mainly benefiting the wealthiest firms.

Another question is how the new UBT would treat non-resident partners in New York firms, including many who commute to New Jersey and Connecticut.

The comment period ends in mid-July, so this will not be seeing action before the end of the legislative session in June.