Private sector employment in New York State grew at barely half the U.S. average rate during the 12 months ending in May, according to the latest monthly jobs report from the state Labor Department.

On a year-to-year basis, firms in New York added a net total of 74,900 jobs—translating into a growth rate of 1 percent, compared to the national average of 1.9 percent.  Employment in the state fell when measured on a month-to-month basis, but roughly half that decline was attributed to the temporary effect of the recently ended Verizon strike. Nonetheless, even excluding the strike’s impact, it appears the state would have continued to trail the national job growth trend, which has been sluggish by historical standards.

As usual, all the net private job growth (and then some) was concentrated in New York City and its suburbs, as shown in the regional breakdown table below. 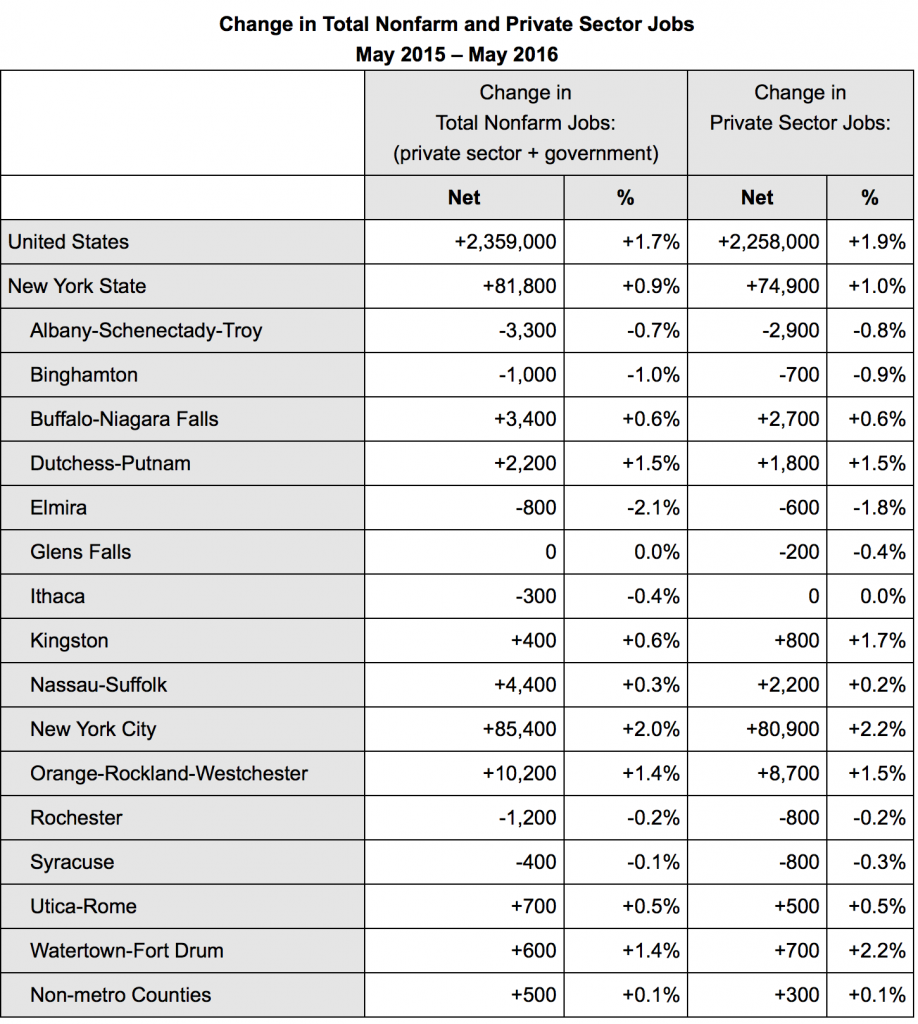 Among the four largest upstate metro areas, only Buffalo gained jobs—and even there, the growth rate was a paltry 0.6 percent.  Albany-Schenectady-Troy, Syracuse and Rochester all had net declines in the Labor Department estimates. Aside from Ithaca, where employment was flat, the only upstate areas of any size to gain jobs were Utica-Rome (up by just 0.5 percent) and Watertown-Ft. Drum (up 2.5 percent). Rural counties had a very slight increase of 300 jobs, or 0.1 percent.

The state’s seasonally adjusted unemployment rate fell to 4.7 percent, the lowest since 2007. While that continues a positive trend, unemployment statistics are less valuable as an economic barometer, since the jobless rate can fall when fewer people are looking or available for work.

Another perspective on year-to-year changes in private jobs is provided by the map below, in which counties with no growth or employment declines have the darkest shading. 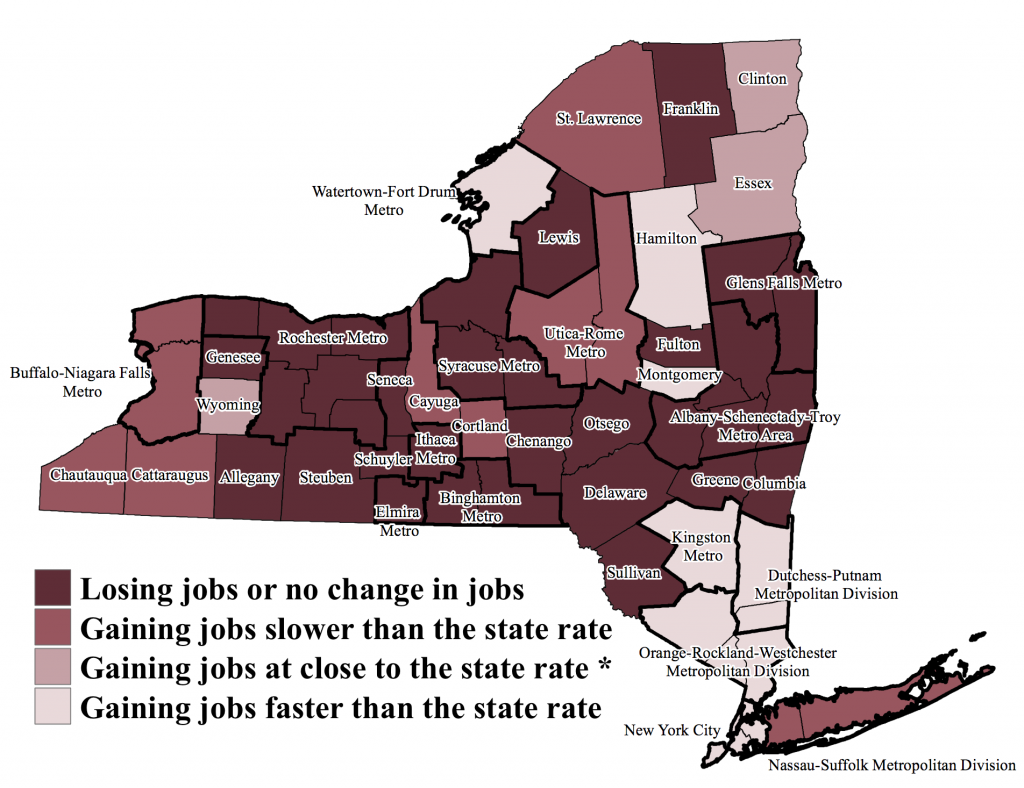 State budget shaping up as embarrassment of riches—for now

In budget negotiations, embattled Cuomo is still in the driver’s seat