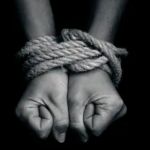 If recent history is any guide, the strings attached to federal coronavirus funding should be less of a problem for New York State than Governor Cuomo seems to think.

Almost identical restrictions were placed on the extra Medicaid money sent to states during the Great Recession, and they did not prevent then-Governor Paterson and the Legislature from enacting significant cuts to the Medicaid program.

At issue currently is the Families First Coronavirus Response Act, passed by Congress and signed by the president last week. A key provision temporarily boosts Medicaid funding to states by about 10 percent, which would normally be worth hundreds of millions of dollars per month for New York.

However, Cuomo warned at a press conference on Saturday that the state might not be able to collect that money because of restrictions in the legislation.

We’re also asking our federal congressional delegation to fix a law that was passed on the coronavirus federal aid because of a technical issue the way the bill was written, New York State does not qualify for aid. That’s over $6 billion, that is a lot of money and we need the federal delegation to fix that bill otherwise New York State gets nothing. New York State has more coronavirus cases than any state in the United States of America. That we should not be included in the bill, obviously makes no sense.

The clause he was apparently referring to – Section 6008, paragraph (b) – says a state may not receive the extra funding if it changes Medicaid “eligibility standards, methodologies or procedures” to make them more restrictive than they were on Jan. 1, 2020.

With the state’s Medicaid program facing a $2.5 billion budget shortfall, Cuomo suggested that he has already taken executive actions since January 1 that would disqualify New York. He further warned that the rule would effectively block any of the reforms recommended by his Medicaid Redesign Team, which he said are necessary for the state to complete its overall budget due March 31.

Cuomo has also objected to a second rule that bars states from receiving money if they increase the share of Medicaid expenses paid by local government. This would block Cuomo’s plan to make New York City and the 57 other counties share the cost of higher-than-inflation Medicaid spending increases.

Judging by the precedent set in 2009, Cuomo appears to be exaggerating how tightly his hands are tied.

Both of the rules he is concerned about closely match restrictions included in the American Recovery and Reinvestment Act of 2009. With that law in place, then-Governor David Paterson repeatedly proposed – and the Legislature ultimately approved – cost-cutting measures for Medicaid in fiscal years 2010 and 2011.

According to a press release describing the 2010 plan, the changes included:

New York’s experience under that law suggests that the language about “eligibility standards, methodologies or procedures” was interpreted to cover eligibility restrictions only. Under this interpretation, states could not, for example, lower the income cut-off for Medicaid enrollment or impose work requirements, but they would be free to change other aspects of Medicaid, such as benefit design and reimbursement rates.

Under that interpretation, some of the Medicaid Redesign Team’s proposals would be temporarily prohibited during the emergency period, while others could move forward.

Here’s the relevant language from the 2020 legislation:

A State described in subsection (a) may not receive the increase described in such subsection in the Federal medical assistance percentage for such State, with respect to a quarter, if — (1) eligibility standards, methodologies, or procedures under the State plan of such State under title XIX of the Social Security Act (42 U.S.C. 1396 et seq.) (including any waiver under such title or section 1115 of such Act (42 U.S.C. 1315)) are more restrictive during such quarter than the eligibility standards, methodologies, or procedures, respectively, under such plan (or waiver) as in effect on January 1, 2020.

And here is the comparable section from the 2009 legislation:

A State is not eligible for an increase in its FMAP under subsection (a), (b), or (c), or an increase in a cap amount under subsection (d), if eligibility tandards, methodologies, or procedures under its State plan under title XIX of the Social Security Act (including any waiver under such title or under section 1115 of such Act (42 U.S.C. 1315)) are more restrictive than the eligibility standards, methodologies, or procedures, respectively, under such plan (or waiver) as in effect on July 1, 2008.