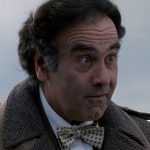 Governor Andrew Cuomo hit a new extreme in his bid to prop up government unions, telling public employers to ignore parts of both state law and the Supreme Court ruling in Janus v. AFSCME.

“Public employee unions are not required to produce dues authorization cards for members from whom the employer has previously deducted dues.”

But that’s not what the law says. Per section 208 of the state Taylor Law, which governs public-sector collective bargaining, unions are entitled to have dues deducted “upon presentation of dues deduction authorization cards signed by individual employees.”

The Janus ruling has major ramifications for New York in part because unions had grown accustomed to taking money from paychecks independent of whether the employee had signed a membership card, under an “agency fee” scheme.

To comply with Janus, employers reviewed their records and found they had never been shown union membership card for certain workers, even if the person had signed one.

DOL says unions can present “similar evidence of union membership such as membership lists”—which is a breathtaking stretch, especially considering that the governor successfully pushed in March to change the Taylor Law to hold union members and employers to the terms spelled out on the membership cards themselves.

A list of members from a union doesn’t tell public employers what fine print the worker is being held to. For example, before 2018, most union membership cards allowed signers to withdraw from membership at any time—and for the public employer to be released from the obligation to collect dues. A “membership list” doesn’t cut the mustard.

The guidance is likely related to difficulties experienced by the Civil Service Employees Association (CSEA), one of the state’s largest government unions, which has been insisting on providing lists to public employers, while other unions are turning over copies of membership cards.

In Saratoga County, county officials had cards on file for just 3 percent of the workers that CSEA claimed were members. When the county human resources department asked for cards, the union responded with threats to protest outside the building.

CSEA, coincidentally, just endorsed Cuomo for re-election after declining to back his last two bids.

But the Janus decision says otherwise. Deductions are only allowed if the employee “affirmatively consents to pay” and there is “clear and compelling” evidence First Amendment rights have been waived.

This “guidance” matters for unions that now face workers who signed membership cards only because they thought they’d have to pay regardless. Cuomo and state lawmakers in March changed state law to let unions create obstacles for people who change their mind about membership, but those obstacles are unlikely to survive in federal court.

In short, Cuomo is setting up local governments and school districts to face federal litigation from workers who try to exercise their Janus rights.

The DOL guidance also makes an odd mention of public employees having “the right to keep their personal information protected by their employer…(with limited exceptions).” But as Tim Hoefer explained the last time the governor made noise about the issue, employee personal information has always been shielded from public disclosure.

But those “limited exceptions” DOL mentioned? They include union contract provisions requiring the employers to surrender the data to the unions so people can be contacted at home—and pressured into signing membership cards.