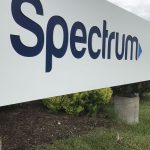 Last year, Governor Andrew Cuomo threatened to expel from New York State a major cable and internet provider that has been locked in a contract battle with a labor union closely allied with the governor.

And last week, a panel of Cuomo appointees followed through on the governor’s threat.

The Cuomo-controlled state Public Service Commission (PSC) on Friday “revoked and rescinded” the authorization for Charter Communications, known to its 2 million customers as Spectrum, to operate in New York.

The PSC, which regulates the rates and operations of public utilities, cited Spectrum’s failure to deliver on a promise to expand broadband internet access. But the unprecedented move also hits hard at a company that happens to be at odds with the governor’s friends in the International Brotherhood of Electrical Workers (IBEW).

It’s only the latest instance in which politics seem to be taking precedence over the public interest at what is supposed to be a consumer-focused regulatory agency.

The Commission said Charter had repeatedly fallen short on its obligation to extend broadband access to 145,000 “unserved or underserved” locations, called “passings,” one of the conditions the PSC had placed on Charter’s merger with Time Warner Cable in 2016. The PSC on Friday ordered Charter to file a plan within 60 days showing how it will leave the New York market without interrupting service.

The broadband expansion had been a continual bone of contention between the cable company and state regulators. The PSC objected to Charter counting new passings in municipalities, such as New York City, where the company had agreed to expansions as part of separate franchise agreements. Charter had complained in filings to the PSC that the commission’s objections “did not even identify which specific passings were being challenged.”

Even assuming that Charter has acted in bad faith, the PSC is holding the cable provider to a much tougher standard than other companies subject to its jurisdiction. Utilities have been allowed to continue operating in New York despite being cited in incidents ranging from botched storm preparations to fatal gas pipeline explosions.

The very manner in which the PSC voted speaks to how irregular this action was. The special meeting of the commission was announced only the night before, with so little notice that one of the four commissioners was away on a scheduled vacation and unable to attend.

The PSC will likely get Charter to agree to another timetable and pay more money. But why the theatrics?

The answer, as with so many other PSC actions in recent years, is political.

For one thing, Governor Cuomo in 2015 pledged that New York would have universal broadband access by the end of 2018. By every indication, it won’t.

The parent company of Time Warner Cable, which was not long ago ranked the most-loathed provider in the country, makes for a good scapegoat. And there was no better way to maximize media exposure for that scapegoating than by saying that company was getting the death penalty.

But the PSC likely had another, more specific objective in mind.

Striking a blow for IBEW

The PSC’s press release featured a laundry list of complaints about Charter: failure to meet deadlines, “unsafe practices” and “purposeful obfuscation of its performance and compliance obligations,” among others. The Commission went so far as to highlight the electrocution of one of Charter’s contractors.

But strangely missing, and deliberately omitted, from PSC documents: any mention of the 16-month strike by Local 3 of the International Brotherhood of Electrical Workers, which represents about 1,800 Charter employees.

The PSC under Cuomo hasn’t been bashful about dragging unrelated policies into its regulatory actions. But the commissioners didn’t have to tell Charter that the administrative cudgel would be used on them if they didn’t make peace with IBEW because the governor already did.

From Cuomo’s remarks at a September 2017 IBEW rally:

“Now to the Charter Corporation: I want them to hear me and I want them to hear me well. They made certain representations when they came into this state. They said that if we allowed them in this state, they would improve the quality of service to customers. They said they would invest in technology. They said they would build out the broadband system. Last week, we fined them $13 million for being late on their buildout. And I want to know how they’re going to improve customer service without the workforce that knows how to provide customer service.

I am going to hold them to every letter and the spirit of that document and if they don’t get their act together and fulfill that agreement, they’re going to be out of the State of New York.” [emphasis added]

Cuomo’s rhetoric makes it impossible to separate the PSC’s actions from the Charter-IBEW dispute.

It’s important to note that Friday’s performance was purely theatrical. The PSC won’t actually kick Charter out of New York.

The commission has given itself room to negotiate: from item 6 of the PSC’s order, “In the Secretary’s sole discretion, the deadlines set forth in this Order may be extended.”

This means that once Charter gives in to all or some of IBEW’s demands, the PSC will likely set a new buildout schedule, extract some sort of payment and fix copious blame on Charter. A victory rally with Cuomo will follow.

But once this drama has subsided, the question of what the PSC should and shouldn’t be doing with respect to utilities will remain.

Even those lawmakers who support the PSC’s general policy goals should recognize that the Commission’s process results in sub-optimal policies and unintended consequences. After all, the PSC is supposed to enforce public policy as set by the Legislature, not create it from thin air.

If the PSC’s conduct, or its usurpation of legislative powers, hasn’t been enough to spur state lawmakers to act, they need to ask themselves why New York should bother having a legislature in the first place.

Kicking Charter out of NY is only the latest instance in which politics seem to be taking precedence over the public interest at the Publ...

If the PSC’s conduct hasn’t been enough to spur state lawmakers to act, they need to ask themselves why NY should bother having a leg...