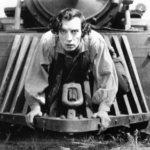 Cuomo announced he will form “a panel of engineers to reexamine past high-speed rail plans, question and rethink every assumption and method, and recommend a new plan for how to build faster, greener, more reliable high-speed rail in New York.”

While Amtrak Empire Service trains linking Albany and Vermont to New York’s Penn Station are relatively reliable (if aging and bumpy), the east-west service from Albany out to Niagara Falls has been notoriously lousy for decades. The train to Buffalo from the state capital is at least a half-hour slower than the seemingly interminable Thruway drive, featuring an exceptionally poor on-time performance record, to boot.

The main reason is no secret: Amtrak’s own glaring shortcomings aside, the passenger rail service upstate runs on a right-of-way first developed over a century ago by the New York Central Railroad and now owned and maintained by CSX Corp., a freight carrier that naturally gives priority to its own scheduled traffic. The rail beds, bridges, switches and grade crossings used by Amtrak are designed to accommodate CSX’s longer, heavier, and slower-moving trains.

The last serious joint study state and federal study of creating a “High Speed Rail Empire Corridor,” laid out in this Draft Environmental Impact Statement in January 2014, rejected all the “very high speed” alternative options, citing “their extremely high cost—nearly triple the next most costly alternative—the likelihood of significant community and environmental impacts, and significant engineering design difficulties necessary to create a sufficiently straight track alignment to permit those speeds.”

The political romance of rail

Notwithstanding prohibitively high costs, the high-speed rail dream has been repeatedly conjured by governors at least as far back as Mario Cuomo, who in the early 1990s “announced a separate initiative to upgrade existing Amtrak service from New York City to Buffalo, increasing train speeds to 125 miles an hour by the end of the decade and trimming the trip from eight hours to under six.”

The first Governor Cuomo also promoted the idea of establishing super high-speed magnetic levitation or “maglev” train from New York to Boston, an idea that died with the election of George Pataki in 1994. Pataki, however, also embraced the romance of rail, focusing on improvements to speed along the Empire Service corridor from New York City to Albany.

Pataki’s decision to include funding for high-speed rail from New York City to Schenectady on a wish-list for post-9/11 federal aid was a classic case of overreach, widely blamed for ensuring the entire funding request would be viewed skeptically in Congress. Nonetheless, high-speed rail with a hefty federal aid component was also a pet priority of  Senate Majority Leader Joseph Bruno, who pushed a $5 million feasibility study in 2005.

As for Governor Andrew Cuomo, his State of the State promise sounds like deja vu all over again. As Politico reported back in January 2014:

Three days after he was elected governor in 2010, [Cuomo] wrote a letter to then-U.S. transportation secretary Ray LaHood asking him to give New York State the high-speed rail stimulus monies that other states appeared poised to reject, describing high-speed rail as “critical to building the foundation for future economic growth, especially Upstate.”

“High speed rail could be transformative for New York—with the potential to revitalize Upstate New York’s economy with construction jobs now and permanent jobs created by the new high speed rail links to New York City, Toronto and Montreal in the future,” wrote Cuomo. “That is why I made high speed rail a priority during my campaign, and that is why it will continue to be a top priority for me as Governor.”

In pre-Cuomo 2010, the state passed a bill requiring the governor and legislature to appoint a “temporary high speed rail planning board” within the state transportation department “to advise the Department on the implementation of a high speed rail system for the State.”

The panel was supposed to last just three years, because its work would presumably be done by then. The law authorizing its creation has since expired [and the panel was never convened].

Recommendations to implement high speed rail across the State, which have not changed much over the last two decades, have consistently estimated that projects would take decades and be unaffordable. This team of experts will review these past studies, and strategies that countries all over the world have used to build thousands of miles of high-speed rail, to ask every question and find the best way to build high-speed rail in New York. [emphasis added]

Why should we expect yet another study to come up with different answers? His rhetoric in today’s release implies Cuomo is looking for “expert” support of a preferred foregone conclusion:

High speed rail is transforming economies around the world. We’ve been told that bringing this technology to our state is too expensive, too difficult and would take too long—that’s not an acceptable attitude for New York. When we developed our plan to repair the L Train Tunnel, the team of experts we assembled questioned every assumption and brought new creativity to a seemingly intractable problem. We not only found a way to repair the tunnel without shutting down service, we are doing it ahead of schedule. This kind of outside-the-box thinking will help us determine how we could deliver high speed rail for New York.” [emphasis added]

Message to engineer-panelists: don’t approach this with a fact-based, fiscally responsible attitude. If you think out-of-the-box thoughts, you will find that high-speed rail is feasible.

Any promise of improved rail service tends to be highly popular with the large subset of Albany politicians, lobbyists, and reporters who need to travel at least semi-regularly across upstate. But outside the Albany politics-government bubble, and allowing for a persistent if impractical “romance of the rails” among the general public, how many people really want and need better train service from, say, Rochester to New York? How many of them are regular business travelers, as opposed to the occasional visitor or college student? What would they be willing to pay for it? And would the benefits be worth the cost?

As it happens, those basic supply-and-demand questions seem to have been ignored by previous studies —and there’s no indication that Cuomo is seeking answers, either.

To be sure, business leaders in upstate cities have long argued that a lack of efficient transportation links is a hindrance to corporate recruitment and retention. Unfortunately, the seemingly promising OneJet regional air service connecting Albany and Buffalo abruptly shut down in the summer of 2018, after just six months in operation. The reasons behind that failure are murky, but news reports indicated the carrier may have been both under-financed and over-extended.

So while the governor seems to have a one-track mind on the issue, here’s a different idea for the Legislature: before embarking on yet another costly study, foregone conclusion or not, commission a credible independent study of the actual market demand for faster intercity transit links across the state. Consider seeking private air carrier proposals for subsidized daily jet services linking the largest upstate metro areas to one another and to New York City.

While you’re at it, consider whether the state should seek to have the Metropolitan Transportation Authority’s Metro North Railroad take over the intrastate portion of the Empire Service linking Albany and New York City, and consider whether those trains could run into the New York Central’s historic home of Grand Central Terminal, as was last temporarily done during a period of repairs in the summer of 2018.

The result of such efforts could be truly “transformative,” at least on a modest scale—and no doubt far less costly than the most extreme high speed pipe dreams.