Governors often veto legislation on narrow technical grounds, effectively leaving the door ajar for sponsors of bad bills to try again with a somewhat different approach. But that’s not the case with Gov. Andrew Cuomo’s just-released Veto Message 23 of 2011, rejecting a union-backed measure that would have allowed school districts to cover a portion of their teacher pension costs with bonds. 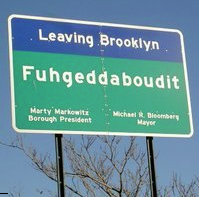 Here’s the meat of the veto message:

When I took office earlier this year, I made a firm commitment to the people of this State that the days of irresponsible fiscal practices are over. I pledged to put an end to the unsustainable spending and rampant borrowing that has burdened New Yorkers with some of the highest property and school taxes in the nation. To that end, this year, with the help of the Legislature, we enacted historic and landmark legislation to cap local property and school taxes and reduce unfunded mandates on local governments.

This bill, if signed into law, would not only undermine the historic reforms we have achieved this session, but would also breach the trust placed in me by the people of this State. Indeed, this legislation would burden local property taxpayers and businesses — both current and future — with up to 15 years of long-term debt without their approval. Instead of cutting spending, this bill would enable school districts to borrow to meet current expenses, forcing taxpayers in the future to repay amounts significantly higher than what was originally borrowed. New York taxpayers and businesses can ill afford these imprudent fiscal practices which will unquestionably result in several more years of unsustainable tax increases.

Ironically, the state itself is irreversibly locked into a similar borrowing gimmick for the foreseeable future, thanks to a law enacted as part of the 2010-11 budget (under Governor Paterson) with the support of state Comptroller Thomas DiNapoli.  But Cuomo’s veto message strongly implies he will not support such gambits in the future.

Cuomo closes with an allusion to the need for mandate relief:

While I am disapproving this bill today, I am cognizant of the challenges facing local governments and pledge to work closely with localities, including school districts, to reduce costs, relieve the burden on property taxpayers and maintain the highest possible quality of services for all New Yorkers.

Which is nice to hear, although Cuomo and the Legislature so far have failed to deliver on the mandate front.

NYSUT, meanwhile, is not happy.