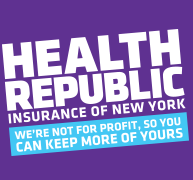 The recent collapse of Health Republic Insurance—disrupting health coverage for 215,000 state residents, and leaving doctors and hospitals with upwards of $200 million in unpaid claims—should have been cause for soul-searching at the state Department of Financial Services (DFS).

Instead, based on the department’s first extensive public comments on the issue, given at a legislative panel last week, DFS officials seem to be in denial about their role in the demise of Health Republic, the largest non-profit health insurance cooperative set up three years ago under President Obama’s Affordable Care Act.

As reported here last month, DFS failed to catch red flags in Health Republic’s financial reports and even nudged the company further toward insolvency by cutting its rate hike requests.

Yet at a roundtable on Wednesday hosted by the state Senate Insurance and Health committees, a top DFS official denied the agency shares blame for the failure—and even portrayed the department’s handling of the firm’s collapse as a success story.

Troy Oechsner, the state’s acting deputy superintendent for insurance, said DFS had closely monitored Health Republic’s finances, reacted decisively to signs of trouble in shutting it down, and, with the help of other plans and providers, smoothly transitioned the company’s stranded customers to new coverage.

Oechsner’s explanation misstated or glossed over key facts, though.

First, he asserted that DFS—which has broad regulatory authority over health premiums—had “approved Health Republic’s rates as submitted.” That was true only for the company’s rates for 2014, its first year of operation, which DFS approved in 2013.

What Oechsner did not mention is that his department cut Health Republic’s rate requests in each of the next two years—substantially in 2014 (for rates collected in 2015), and modestly in 2015 (for 2016 rates, which the company never actually collected).

Second, Oechsner cited as a major factor in the collapse a decision by Washington, in December 2014, to bar the use of federal funds for the “risk corridors” program, which denied Health Republic as much as $200 million in subsidies. But that program was meant to compensate plans that sustained heavy losses in the early years of the Affordable Care Act. Had DFS compelled Health Republic to operate more responsibly, the company would not have needed such a large federal payout in the first place.

Third, Oechsner asserted that the department moved quickly after an audited June 2015 financial statement showed that the company’s condition was worse than previously reported. In July, however, more than a month after receiving that report, the department announced it was trimming part of Health Republic’s rate request for 2016–a decision that would have made the company’s troubles worse.

Donna Frescatore, executive director of the state health exchange on which individuals and small employers buy insurance under the ACA, further testified that more than 80 percent of Health Republic’s customers have enrolled in new plans.

But HealthNow New York President David Anderson warned that this figure was misleading. Of the 4,000 former Health Republic members who have officially joined HealthNow, only 60 percent have paid their premiums.

Anderson joined other insurance industry officials at the roundtable in calling for reform of the “prior approval” law that empowers DFS to regulate insurance rates.

“The subjective nature of that discretion is something that definitely needs to be examined,” said Paul Macielak, president of the Health Plan Association. “It leads to a political suppression of the rates.”

Craig Hasday, legislative director of the state Association of Health Underwriters, said big insurers such as Aetna and Cigna have curtailed participation in New York’s individual and small group markets in part because of prior approval.

“That’s an indictment to the way we run health care in New York State,” Hasday said. “There are markets where there are vibrant, viable competitive carriers that are not being forced out of the marketplace.”

In fact, our analysis of premiums before and after the law’s enactment found no evidence that prior approval is significantly controlling New York’s premiums compared to national averages.

Also at the Senate roundtable, groups representing doctors and hospitals pressed their case for a “guaranty fund,” paid for by health plans, that would compensate providers for Health Republic’s unpaid claims.

But Harold Iselin of Greenberg Traurig, representing health plans, called that proposal “nothing but a tax on health insurance consumers.”

He’s right. A guaranty fund would add to the already high cost of health insurance in New York while enabling further risky behavior.

The more constructive way to protect consumers and providers from the next health plan collapse is for DFS to refocus on its core regulatory mission–making certain that insurers have the wherewithal to pay claims–and let market competition take care of controlling prices.