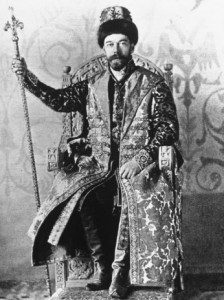 The coalition has labelled the standard “the Cuomo tax” because the subsidies, created at Cuomo’s behest, will come out of electricity ratepayer bills, with residential, commercial and industrial users paying higher rates. Horner called it “one of the biggest transfers of wealth in New York state history.”

Richard Kauffman, whose official Cuomo administration title is Chairman of Energy and Finance, fired back with a letter to Horner condemning the groups for their “cheap stunt” and saying they were “wrong on substance, wrong on costs, and wrong on history.”

But Kauffman himself made a number of dubious assertions:

The nuclear subsidies are the most costly part of the standard, at least in the near term: in August, the Empire Center estimated that the entire standard will cost New Yorkers $3.4 billion over the first five years, with the nuclear bailout costing $2.6 billion.

But environmental groups have other reasons to take issue with the standard as a whole, which is supposed to lead to the state getting 50 percent of its power from renewables by 2030.

Ostensibly enacted to reduce the state’s carbon dioxide emissions from electricity generation, the standard doesn’t actually regulate carbon dioxide—the way California did years ago. That type of regulatory scheme would have the advantage of encouraging generators to move from oil to cleaner-burning natural gas, and to encourage conservation across the board. It would not, however, specifically force the construction of new renewables—on which Kauffman appears to be more focused than he is on any environmental objectives.

As we explained in our recent analysis of the standard, the overall likelihood of reaching the 50 percent goal by 2030 is scant, given that the state Public Service Commission, which developed the standard, didn’t address fundamental issues such as capacity, siting, energy storage or transmission.

The program’s ambiguity, which has complicated Kauffman’s efforts to defend it, resulted from Cuomo’s decision to end-run the Legislature and distort the PSC’s statutory authority beyond the Legislature’s intent.

State lawmakers, with few exceptions, remain oddly silent about what amounts to a major (and costly) power grab by the governor that will allow him to tax, and spend, billions of dollars without permission from the people’s representatives.