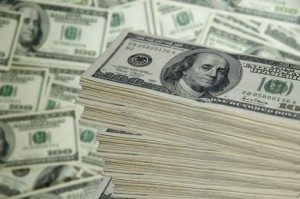 The balance of unspent money in the Essential Plan Trust Fund ballooned to a new high of $1.2 billion as of March 31, records from the comptroller’s office show.

The surplus more than tripled since the same time last year – even as the Trump administration disrupted federal aid for the program, which provides health coverage to low-income New Yorkers, and the Cuomo administration budgeted a diversion of $635 million in Essential Plan funds to subsidize struggling hospitals.

The excess has accumulated because the funding formula, which was written into the Affordable Care Act, has unexpectedly generated far more money than necessary to cover the program’s costs.

Even so, the Cuomo administration and other health interests are fighting a Trump administration plan that would trim Essential Plan funding by $270 million, or less than one-quarter of the current surplus.

The Essential Plan is available to New Yorkers with incomes up to 200 percent of the federal poverty level, or $24,980 for an individual. It offers comprehensive coverage with minimal cost-sharing and premiums of either $0 or $20 a month, depending on income. As of January, 790,000 people were enrolled.

The program grows out of an optional benefit within the ACA that only New York and Minnesota chose to exercise. Washington provides participating states with 95 percent of the amount that enrollees would have received in tax credits and so-called cost-sharing reductions if they had purchased private coverage through an Obamacare exchange.

New York officials originally estimated that federal aid would cover 85 percent of the program’s costs. In fact, the available aid has more than covered the entire tab – apart from about $84 million that the state contributes for administrative expenses.

One explanation is that premiums for private Obamacare plans have been more expensive than projected – which has resulted in greater spending on tax credits and more formula-based aid that is computed based on tax credits.

A second stream of funding is based on “cost-sharing reduction” (CSR) payments to insurance plans, to offset the lower copayments and deductibles they’re obliged to provide for certain low-income customers. This share of Essential Plan funding has been in jeopardy because a court ruled that the money had not been properly appropriated by Congress.

The Trump administration halted all CSR payments in late 2017, but reinstated them to the New York and Minnesota state governments in 2018 as part of a lawsuit settlement. This year, the Center for Medicare & Medicaid Services has proposed to change the CSR funding formula in a way that would reduce New York’s funding by $270 million, which the Cuomo administration and other health interests have opposed.

State officials have previously said that CSR funding accounted for about one-quarter of the Essential Plan’s budget. In fiscal year 2019, however, tax-credit-based aid amounted $4.28 billion, or 88 percent of the total federal funding, according to records from the comptroller’s office, which the Empire Center obtained under the Freedom of Information Law. Tax-credit-based aid alone would have more than covered the program’s $4.0 billion in disbursements.

Last year, the Cuomo administration said it planned to use Essential Plan funds to finance the Value-Based Payment-Quality Improvement Program, which subsidizes financially struggling hospitals. The program has previously been paid for with Medicaid money, with the state contributing about half, so switching to the Essential Plan helped balance the state budget.

Health Department records indicate that the hospitals received $635 million in subsidies through the Essential Plan during fiscal year 2019. Insiders say the money does not appear to have actually flowed as intended, which may partially explain the size of the current surplus.