Government transparency is the key to holding elected officials and agencies accountable to taxpayers. For this reason, the Empire Center annually files hundreds of Freedom of Information Law (FOIL) requests and posts the results publicly on its SeeThroughNY.net database. Over the years, numerous agencies have obstructed access to public records, unnecessarily redacting information or simply ignoring FOIL requests.

This new timeline traces five of the legal battles the Empire Center has fought since 2009 against public agencies that refuse to allow taxpayers to see where their money is going. 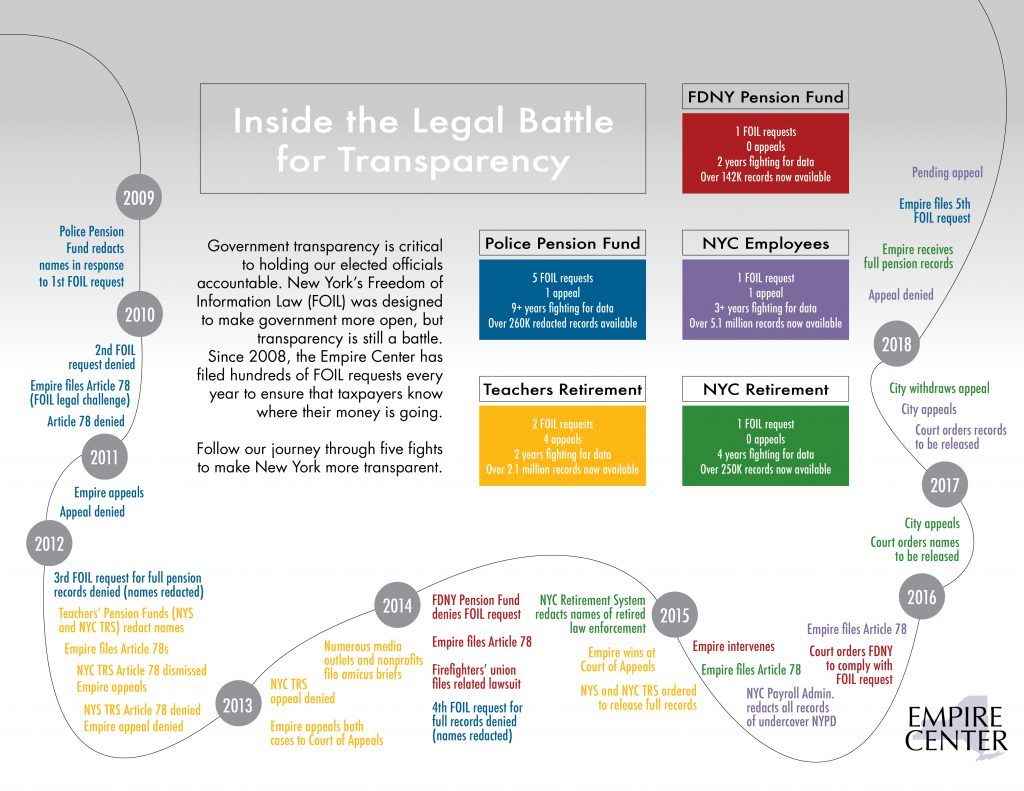 Newest Pensions for Retirees of Police and Fire Careers Average $86,852