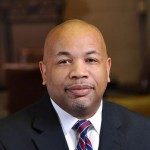 When it comes to soaking the rich to pad the state budget, Assembly Speaker Carl Heastie won’t be outdone by Governor Andrew Cuomo’s “millionaire tax.”

Heastie and Assemblyman Herman Farrell, chair of the Ways and Means Committee, today unveiled their latest proposal for a “progressive tax structure” that would make permanent the state’s temporary surtax on million-dollar incomes, now set at 8.82 percent. That rate currently is due to expire on Dec. 31, after which the rate would return to its permanent law level of 6.85 percent. Cuomo has called for another three-year extension of the temporary surtax—although his own financial plan shows that if he continues to hold spending below his self-imposed cap of 2 percent, he won’t even need all of the money it would raise after next year.

Unbound by such spending restraints, Heastie hopes to permanently boost annual tax revenues by $5.6 billion —with what would amount to a permanent millionaire tax, and then some.

Think of it as a gazillionaire tax.

On top of the 8.82 percent rate, Heastie’s proposal would add new rates of 9.32 percent to 9.82 percent on incomes between $5 million and $100 million. Those are the same levels called for in his tax-increase plan last year—but with an added wrinkle in the form of a tippity-top rate of 10.32 percent on filers with incomes starting at $100 million (see below).

Just how many New Yorkers actually earn $100 million a year is anyone’s guess. As of 2013, there were only 1,970 full-year state resident personal income tax (PIT) filers who made at least $10 million, which is the cutoff for the state’s official PIT income distribution data (and also for federal income tax data). The average New York State adjusted gross income in this class was $33 million, suggesting that the number with incomes in nine-figure income households is much smaller, probably numbering less than 100. (There also were 2,775 full-year nonresident New York PIT payers—commuters, mainly—with federal AGIs of $10 million or more. But the share of their income taxable by New York is much smaller, averaging less than $2.7 million, and it is highly unlikely there are any non-resident filers with New York taxable incomes of $100 million.)

Heastie’s news release did not acknowledge the impact of his proposal on residents of New York City, where the combined state PIT and local income tax rate is already a national outlier at its current level 12.7 percent—second highest in the country after California (see chart below). The Assembly plan—promoted, ironically enough, by a city-dominated conference—would push city rates as high as 14.32 percent, while assuming absolutely no movement or other tax-minimizing behavioral response. In the Assembly worldview, high-income households are assumed to be both inert and oblivious in the face of steadily higher state and local taxes. 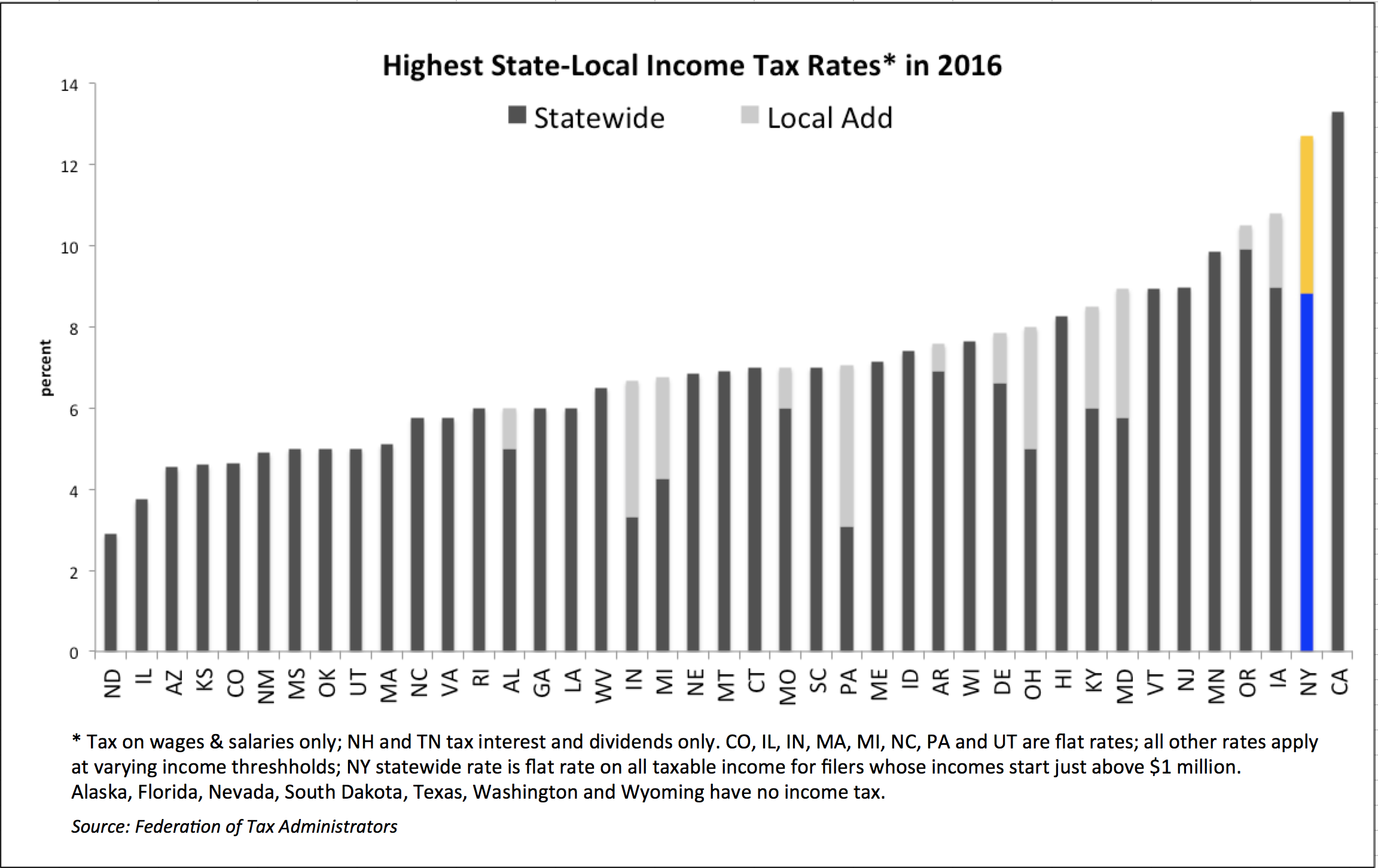 On paper, Heastie’s proposed tax rates would give New York’s its highest PIT rates since the early 1980s. In reality, however, the Assembly Democrat plan would raise the state income tax burden close to (if not above) the highest level ever for high earners, since the double-digit PIT rates in the 1960s through mid-80s applied to a much narrower base of taxable income. The base was significantly widened by the federal tax reform of 1986, which eliminated many loopholes and tax shelters used by the wealthiest households. This made it possible for the federal, state and city governments to raise the same amount of revenue with lower rates.

Echoing a similar quote attributed to Heastie, Farrell said higher taxes on high earners would “help New Yorkers climb the ladder of economic opportunity, and that means fair tax rates to make investments in important public services.” Based on Assembly budget priorities, “investments in important public services” would translate mainly to increased school aid. Most of that money would flow to members of New York’s teacher unions—the principal bankrollers of a virtually permanent advocacy campaign in favor of higher state income tax rates on high incomes.

The Assembly proposal comes as congressional Republicans and the Trump administration are preparing to mesh campaign income tax reduction plans that called for virtually eliminating the state and local income tax deduction for high-income filers. This would significantly increase the net tax cost of living and doing business in New York, compared to states with low or no income taxes.

In other high-earner news, Bloomberg News just reported on the new “Wall Street trend known as nearshoring, in which banks are moving operations away from expensive financial centers like New York to places such as Jacksonville and North Carolina’s Research Triangle.” Office space is much cheaper down South, and so are taxes. North Carolina, for example, has a flat tax of 5.75 percent, and Florida has no income tax at all.