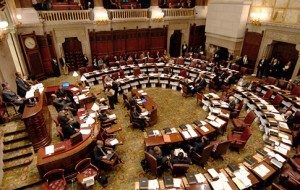 Over at SeeThroughNY, our team works really hard to post fresh data quickly and accurately — when it’s available, that is.

Today, we updated legislative expenditures for the state Senate, but not for the Assembly, which hasn’t posted its data yet.

A week ago, the Assembly Majority assured us the data would be online in the “very near future.” The Senate made its data available back in late February.

Neither chamber is without blame here, though. Even when they hit their normal schedule for releasing expenditure data (which comes in odd six-month periods that don’t line up with the calendar year) it usually comes five months after the period ends. 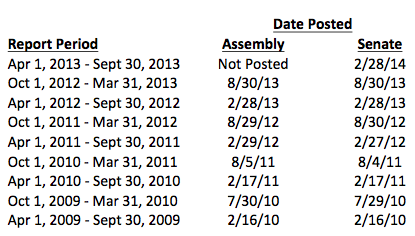 A Senate spokesman made a point to let their Twitter followers know that they had, “released this information publicly last month,” but its unclear whether they are proud that it “only” took them five months to post it or just letting us know.