Preliminary K-12 enrollment data released by the State Education Department (SED) in January suggests that public schools experienced a decline in enrollment of 66,424 K-12 students, or 2.6 percent compared to the 2019-20 school year. That would be the largest since 1981.

Moreover, a significant number of students are persistently absent from virtual learning.[i] The real number of students to have functionally exited New York public schools is likely higher than the preliminary estimate.[ii][iii]

Enrollment in public schools has been gradually declining since 2010-11. However, the reduction in enrollment between this year and last marks a significant acceleration of recent trends. 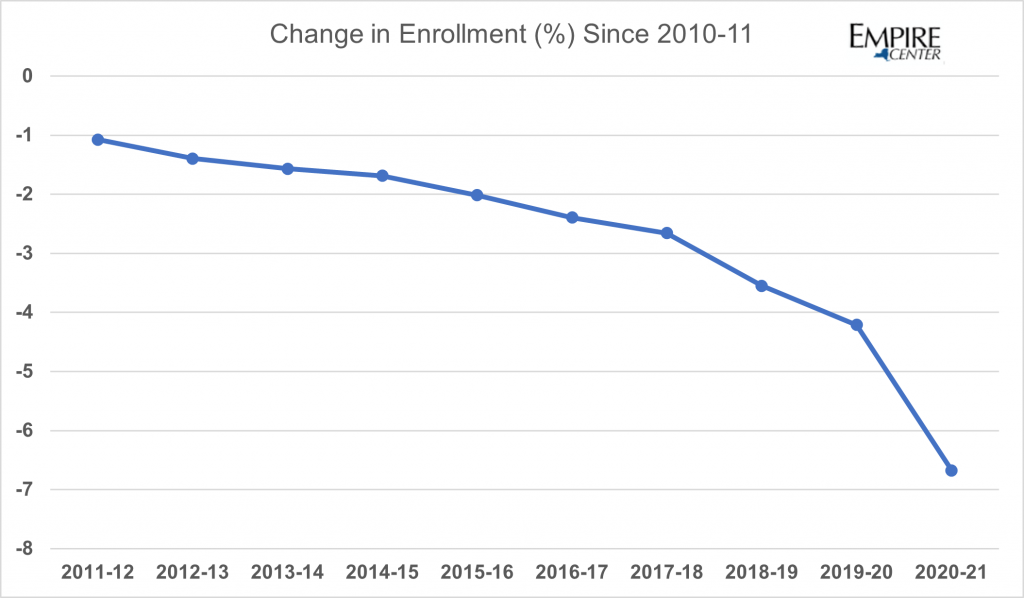 Enrollment changes varied by county and region. Declines were most pronounced in the Southern Tier, where a 3.9 percent reduction in enrollment from the previous school year was .5 percentage points greater than the North Country, which experienced the second-largest decline in enrollment. Overall, enrollment losses were more significant upstate than downstate. 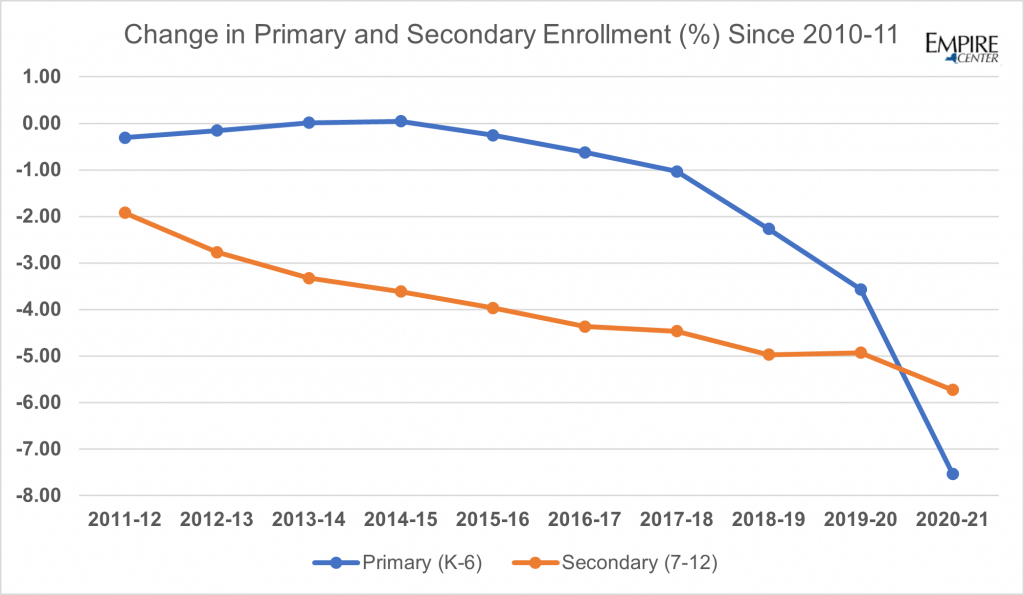 Just over one quarter of the total enrollment drop from this year to last is due to a decrease of 16,851 students in kindergarten.

The change amounts to an 8.9 percent decrease from the 2019-20 school year. That the largest enrollment losses this year occurred in kindergarten mirror national trends.[iv] The phenomenon appears largely driven by concerns and feasibility surrounding young children learning virtually.[v] It may also reflect that the state compulsory education law[vi] mandates schooling for children ages 6-16. Consequently, parents of 4- and 5-year-old children can elect to delay public school enrollment.

Changes in enrollment varied significantly according to economic status. Enrollment among students classified as economically disadvantaged[vii] decreased by 3.9 percent compared to last year. However, among students not categorized as economically disadvantaged, enrollment increased by 2.9 percent. Three COVID-19 relief bills adopted over the previous year have directed states to allocate funds to districts proportional to their funding from Title I, a federal program that distributes funds to districts to benefit low-income students. Consequently, it is likely that changes in enrollment are inversely related to how much money districts will receive from the relief bills.

In terms of differences across racial groups, the decline in enrollment among Black and white students was appreciably higher than among Hispanic or Asian students. 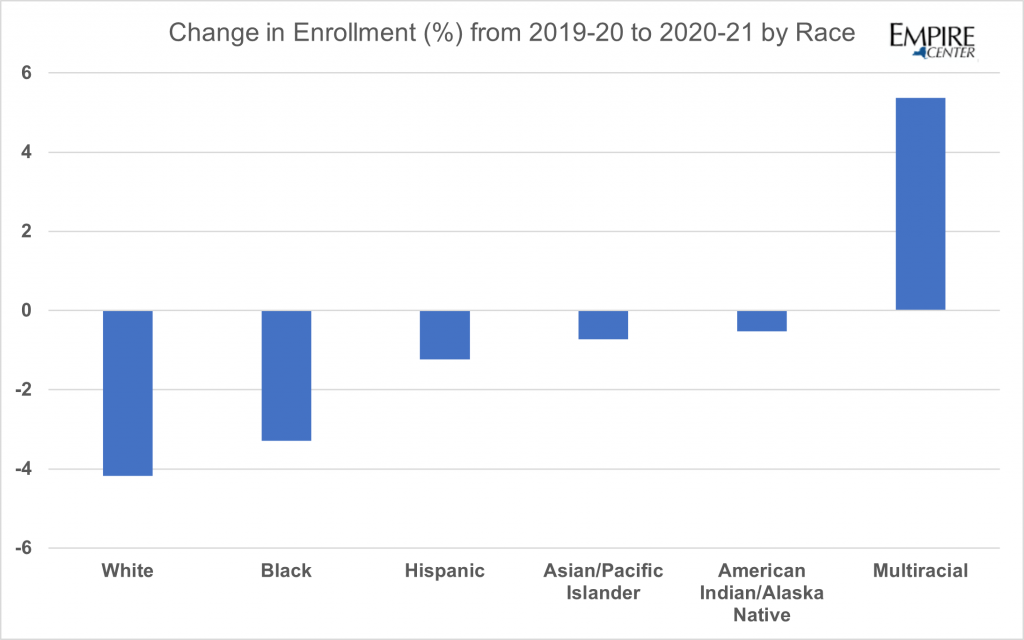 Education Department data also confirm continuation of a decade-long trend which has featured reductions in the number of students enrolled in traditional public schools and increases in the number of students in charter schools. Charter enrollment grew by 7.4 percent in 2020-21 compared to the previous year, whereas enrollment in traditional public schools decreased by 3.2 percent.

While school enrollment has shrunk by an estimated 2.6 percent, the executive budget proposes increasing school aid by more than 7 percent.[x] New York’s historic decline in enrollment could be accompanied by a historic increase in per pupil spending that already profiles as the highest in the nation.[xi]

[ii] The decline in enrollment likely represents a combination of Covid-related factors, including frustration with virtual learning, concerns about the safety of learning in-person and acceleration in out-migration from New York.

[iii] SED data do not provide information on where unenrolled students went (e.g. enrolled in a private school, moved to another state, dropped out of school).