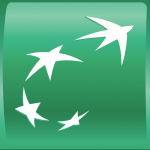 You and your extended family live in a big old house that will need tens of thousands of dollars worth of repairs in the next few years.

While your income is pretty good, your living expenses are stubbornly high. Meanwhile, after taking a home equity loan and maxing out your credit cards to fix the leaky roof and rotten clapboards, you’re still occasionally borrowing even more just to pay the guy who cleans out your gutters and plows your driveway.

And then, one day, you wake up and discover that a distant cousin has died and left you $3,000.

It’s not enough to change to your life, really, but the inheritance gets the entire family excited.

Your teenage son reminds you that a premium cable package would offer more ballgames you could watch together. Your spouse and younger kids talk about how much they would love to have their own above-ground pool in the back yard.  Your brother-in-law wants to reduce the rent he pays you for his room above the garage.

Still … you can’t help thinking about how overextended you’ve become to pay for all that upkeep on the house.

This is essentially the kind of challenge Gov. Andrew Cuomo faces in the wake of a deal between prosecutors and the French bank BNP Paribas, which will yield a windfall of at least  $3.3 billion to the state’s general fund.*

The political temptation will be to blow the money on new programs or on tax cuts–the governmental equivalent of signing up for premium cable service.

But if you spend more now, you’ll be committing yourself to spend more in the future, when the money will be gone.

As for tax cuts – well, heavily burdened New York taxpayers certainly can use them. But permanent tax cuts can’t be justified unless they are linked to permanent, recurring cuts in projected expenditures. Cuomo already needs to cut more to deliver on the spending hikes and tax cuts he’s already promised.

As for temporary tax cuts or credit “rebates”–well, Cuomo and the Legislature already unwisely have put two of them on tap this year, just in time for elections. Temporary tax cuts may be popular (that’s what politicians assume, anyway), but they are also economically worthless, as a practical matter, because they provide no lasting incentive to earn or invest in New York.

Nor should the money be spent on constituency-pleasing projects–the equivalent of that backyard swimming pool. New York’s governor and Legislature have already been too willing to indulge themselves on frills, such as tens of millions of dollars in upgrades to a football stadium the Buffalo Bills are threatening to flee.  Pork barrel projects generate their own recurring upkeep costs–with little or no net economic benefit.

The right choice, the responsible choice for use of the BNP Paribas windfall, is pretty clear.

New York State, like the cash-strapped owner of an old house, has massive ongoing infrastructure needs – and, as it happens, this is a perfect time for a fresh infusion of money to help meet them. The five-year capital plans for the Metropolitan Transportation Authority (MTA) and state Department of Transportation (DOT) both expire at the end of the current fiscal year.

The 2016 Executive Budget, to be presented by the governor next January, should show how the state will help fund those programs.

So here’s how it should work:

The governor should divide that BNP Paribas money between the MTA and the DOT capital plans, about $1.65 billion for each. Within those plans, the top priority should be to find ways to permanently reduce New York’s reliance on borrowed cash to cover recurring maintenance needs and reconstruction of existing highways and bridges.

In the MTA’s case, that would mean targeting it to the “state of good repair” budget for the New York City subway system.

In DOT’s case, it means exploring options for replenishing the over-leveraged Dedicated Highway and Bridge Trust Fund in a manner that will permanently shift a larger share of the fund to capital investments instead of debt service.  One possible target:  the Consolidated Street and Local Highway and Improvement Program (CHIPs), for which debt service now nearly equals annual bonded expenditures.  CHIPs grants fund roughly $500 million a year in improvements to local roads and highways that carry more than the state system – and there already is a long-established formula for distributing the money.

To be sure, the $3.3 billion in BNP Paribas fine money would represent a small share of the two five-year plans, which are likely to total over $25 billion each.

Nonetheless, making strategic use of this money to support of New York’s under-nourished capital infrastructure plans—funding improvements to the roads, bridges and transit systems that all of us depend on — will clearly yield the greatest lasting benefits for all New Yorkers.

*  According to Monday’s consent order entered into by the bank, federal prosecutors and state and local officials, another $1.05 billion has been paid to the Manhattan district attorney and is supposed to be divvied up under a “Agreement to Escrow and Distribute Forfeiture Funds” between the DA (i.e., Cy Vance) and the state (i.e., Cuomo). The Times’ account of the settlement describes an even larger amount:

Another $2.2 billion will go to the Manhattan district attorney’s office to satisfy state charges of conspiracy and falsifying business records. Under state law, the office will be able to keep $449 million for anti-crime programs — nearly five times its annual budget — while $1.7 billion will be passed on to the city and state governments, prosecutors said.

It seems safe to say that at least $1.05 billion will flow to the state on top of that $2.23 billion, bringing the total of nearly $3.3 billion.