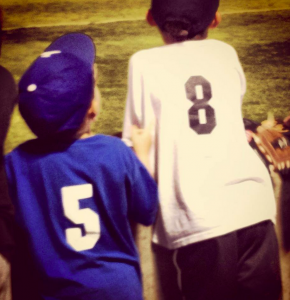 If you’ve spent any time at a little league baseball or soccer game, or any children’s sporting event, you know the cry of “hustle up” means move faster. It’s a way adults try to keep the game moving—and remind the players of what they ought to be doing.

The “hustle up” principle also applies to the Freedom of Information Law (FOIL).  After all, the essence of any game is action—when movement stops, the game becomes pointless.

New York’s public access-to-records laws are pretty good by national standards. Of course there’s always room for improvement, and we’ve suggested some changes that would inject a little more hustle into the process.

Another tweak—currently working its way through the legislature—would significantly reduce the delay in getting access to information after a judge’s ruling in an Article 78 proceeding (i.e., a lawsuit against a government entity). As the law stands, an agency wishing to appeal an adverse decision in a FOIL case can take up to 10 months–one month to decide if it’ll appeal and then up to nine months to submit the appeal. The proposed bill would cut the time to file an appeal from nine to two months (still plenty of time get an appeal together). It passed the Assembly unanimously in March, and now awaits a floor vote in the Senate.

Add those 10 months to the rest of the process and it can be well over a year, or even years, before the data is released–assuming the FOILer hasn’t already given up by that point.

For example, last month, a Supreme Court justice in Brooklyn ruled in favor of an Empire Center position that public pension information should be made available for taxpayer inspection. The language in the decision was unequivocal: release the data. But the plaintiff in the case could take up to 10 months to get an appeal in. Our original FOIL was filed on May 6, 2014. If the defendant milks the process to the fullest extent, the earliest we receive the data will be May 2016.

The Committee On Open Government’s 2014 annual report notes, “because access delayed is often the equivalent of access denied, we recommend that FOIL be amended.”

Or, even more succinctly, hustle up.