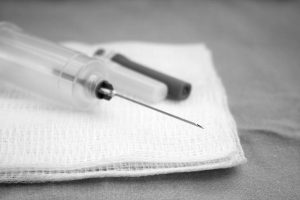 The makers of the anti-addiction drug Vivitrol – whose controversial nationwide lobbying campaign was spotlighted by the New York Times last week – appear to be getting results in Albany.

A bill advancing in the Assembly would bar insurers from requiring prior authorization for certain drugs used in the treatment of opioid addiction, including “long-acting injectable naltrexone.” Vivitrol, manufactured by Alkermes, is the brand name for the injectable form of naltrexone.

The legislation also applies to methadone and buprenorphine, anti-addiction drugs that are available in generic form. The reference to “long-lasting” and “injectable” would appear to leave out generic versions of naltrexone.

Under prior authorization, health plans will not cover certain medications and procedures unless the treating physician gets their approval in advance. Plans often apply the rule to brand-name drugs as a way of controlling costs when less-expensive alternatives are available. Under the bill, however, health plans could not challenge a doctor’s decision to prescribe Vivitrol, which typically costs about $1,000 for a shot that lasts one month.

The Assembly bill, sponsored by Dan Quart of Manhattan, was advanced by the Insurance Committee on Monday and by the Codes Committee on Tuesday. It is currently awaiting action by the Rules Committee, a last stop before a vote by the full Assembly.

A companion bill in the Senate was introduced by George Amedore of Rotterdam last week. It also awaits action by the Rules Committee.

As reported by the Times, the makers of Vivitrol have gained market share by portraying it as preferable to drugs like buprenorphine and methadone, which are themselves opioids used in controlled doses to manage cravings. Vivitrol, on the other hand, is designed to block opioid receptors in the brain, which prevents users from getting high and, in theory, helps break their addiction.

Some experts told the Times, however, that there is not yet scientific evidence to document that Vivitrol is as effective as competing treatments.

Despite those doubts, 39 states have moved to cover Vivitrol through their Medicaid program, up from 15 five years ago, the Times said. New York lawmakers joined the trend in 2016, as part of a package negotiated by Governor Andrew Cuomo in response to the opioid abuse epidemic.

Over the past year, under pressure from Attorney General Eric Schneiderman, two major insurers – Cigna and Anthem – have agreed to end prior authorization for medication-assisted treatment drugs. Those agreements, signed in October and January, cover the broad range of available medications, including both injectable and oral naltrexone

The current bill – one of 11 opioid-related measures that Cuomo is reportedly supporting this year – would expand the ban on prior authorization for certain medication-assisted treatment drugs to a portion of New York’s commercial health plans, primarily those sold to individuals and small groups. Most large groups are exempt from state regulation under federal law.

If enacted, the legislation would add to the dozens of mandates that the state already imposes on health plans, adding substantially to New York’s high premiums. Many go beyond the recommendations of medical experts, and none is subjected to independent cost-benefit analysis. The Amedore-Quart bill is one of at least 100 proposals currently pending in the Legislature, 26 of which have majority-party sponsors in both houses.