New York’s long-term trend of regionally uneven growth—with job gains downstate and very little growth north of the mid-Hudson Valley—was even more accentuated in the June payroll data (which, as always should be noted, will be subject to “re-benchmarking” early next year).

New York’s worst-performing region remains the Southern Tier, where the Binghamton area was estimated to have lost 1,300 private jobs—or more than twice the number that will be created by a new Dick’s Sporting Goods distribution center announced by Governor Andrew Cuomo earlier this week. Elmira’s decrease 0f 700 jobs was even larger in percentage terms (-2.1 percent). Glens Falls, north of the Albany-Schenectady-Troy region, also had a job decrease.

During the same period, there were jobs gains in the smaller metros of Ithaca, Kingston and Watertown. 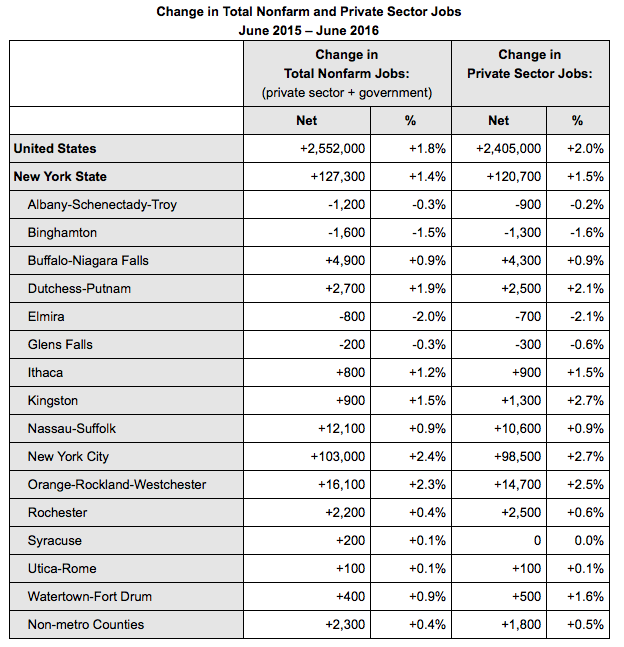