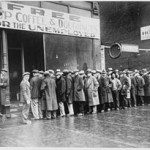 New York State fell a little further off the national pace of private-sector job creation in October, based on a comparison of preliminary year-to-year estimates updated today by the state Labor Department.

Private employment in New York grew by 1.1 percent between October 2015 and October 2016, compared to a national increase during the same period of 1.7 percent, according to the Labor Department’s monthly jobs report.

As usual, more than 90 percent of the net statewide job growth occurred downstate, centered in New York City—but, in a notably negative trend, private employment in the Big Apple grew by less than 2 percent on a year-year basis for the first time since 2010, while private jobs in the rest of the state ticked up by just 0.6 percent. It was only the third time since 2010—and the first October in six years—that New York’s statewide monthly private employment estimate for the state was not up by at least 100,000 jobs from a year earlier.

The chart below illustrates year-year October growth trends since 2009, near the bottom of the recession. 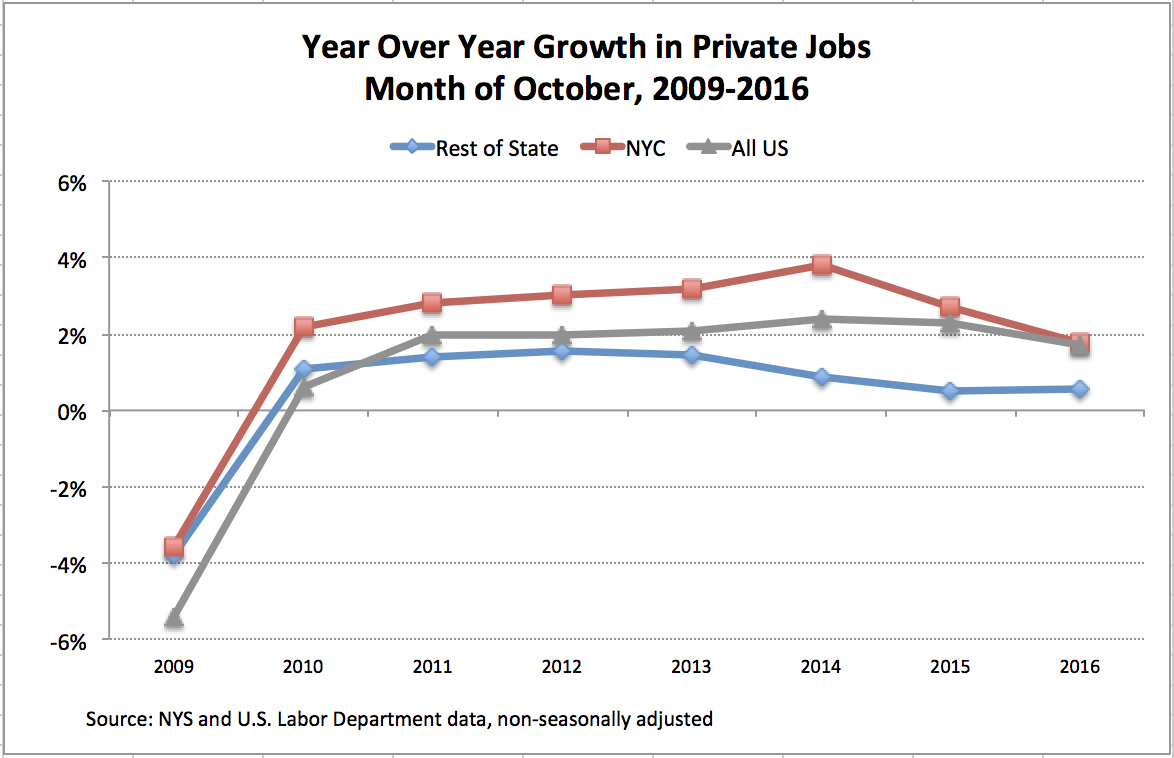 As shown in the table below, Buffalo-Niagara Falls led upstate’s major metro areas with a private job growth of 1.1 percent during the latest 12-month period, while Rochester and Syracuse turned in paltry gains of 0.1 and 0.3 percent, respectively, and Albany-Schenectady-Troy area had no estimated job gain. The biggest percentage increases occurred in the smaller metro areas of Ithaca, Kingston and Watertown-Ft. Drum. At the other extreme, the Southern Tier remained New York’s weakest region, as reflected in employment declines in both Binghamton and Elmira. 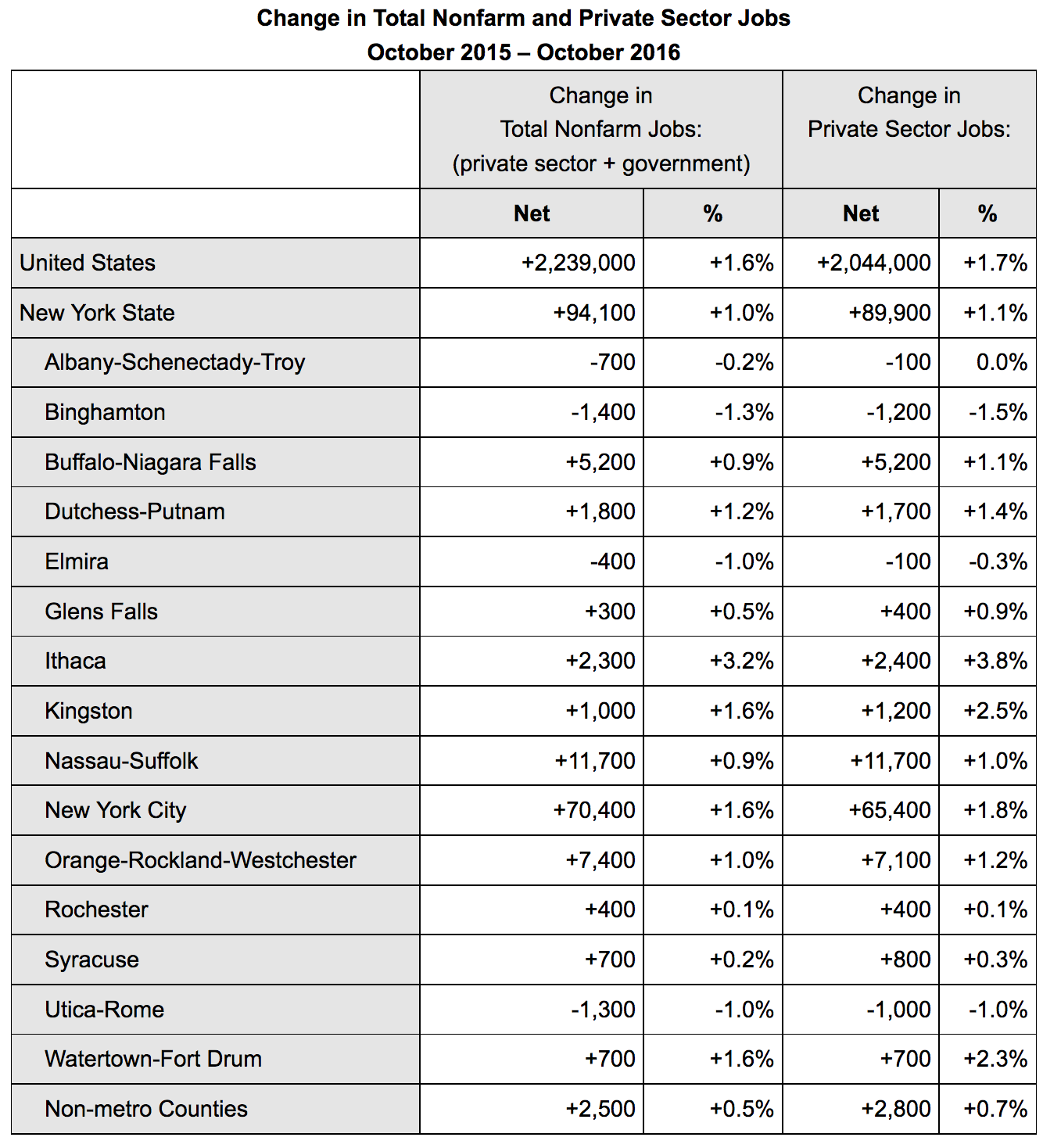 The monthly jobs report does not immediately break down employment changes by industrial sector. On a statewide basis, however, the bulk of the new private jobs — some 58,700 in all —were in the relatively low-paying health, social assistance, leisure and hospitality sectors, while the better-paying manufacturing and financial sectors shed jobs.

Coming on the heels of continued decline in personal income tax receipts, the new employment numbers are another fiscal caution sign for state and local government, indicating a need to keep a tighter rein on spending in 2017-18 budget cycles.