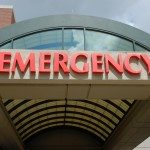 In a sign of pandemic-related strain on state finances, the Cuomo administration is postponing a series of multi-billion-dollar Medicaid payments over the next three months.

The rolling delays add to fiscal turmoil in the Medicaid program, a government-funded health plan for the low-income and disabled that covers 6 million New Yorkers.

The state already postponed a month’s worth of Medicaid payments from March to April – repeating a maneuver it used last year to make its books appear to balance even as spending ran well over budget.

Comptroller Tom DiNapoli said the amount of this year’s deferral was $2.3 billion, or about $600 million more than the amount of state-funded Medicaid spending the Cuomo administration had previously projected it would defer. The comptroller’s office said its number included federal matching aid, which might explain the disparity.

The delays planned for April, May and June appear to be driven by cash flow. Even in a normal year, the state’s coffers tend to run low in the spring because of large school aid payments that go out in March and May.

The problem is accentuated this year because the state, like the federal government, put off its tax filing deadline as a measure of relief for people whose incomes have been disrupted by pandemic-related shutdowns. The result is that billions in income-tax revenue that normally arrives in April won’t be coming until mid-July.

In the longer term, the state also expects its tax collection will be decimated by the economic slowdown. Governor Cuomo said Friday that updated forecasts show revenues will be $13.3 billion lower expected when he presented his budget proposal in January.

The budget approved by the Legislature earlier this month gives Cuomo broad power to cut spending in the middle of the fiscal year – which he has warned will be necessary in the absence of a bail-out from Washington – and to plug budget holes with up to $11 billion in borrowing. He was expected to release an updated financial plan by the end of this week.