New York school districts are seeking voter approval of budgets that would raise their per-pupil spending by an average of more than four times the projected inflation rate. Most districts have proposed property tax hikes as high as the maximum allowed without supermajority overrides under the tax cap law.

Districts outside New York’s five largest cities plan to spend an average of $27,203 per student during school year 2020-21, a 2.3 percent increase. The state Division of the Budget meanwhile forecasts just 0.5 percent inflation during its current fiscal year ending March 31.

Enrollment has been declining statewide since 1999-2000, but New York’s highest-in-the-nation K-12 spending continues to climb. The districts together plan to spend $38.4 billion in school year 2020-21, up 1.8 percent from the current year. Every district plans to spend at least $16,946 per student, and most districts will spend at least $27,254. Per-pupil spending trends in each region are shown below. 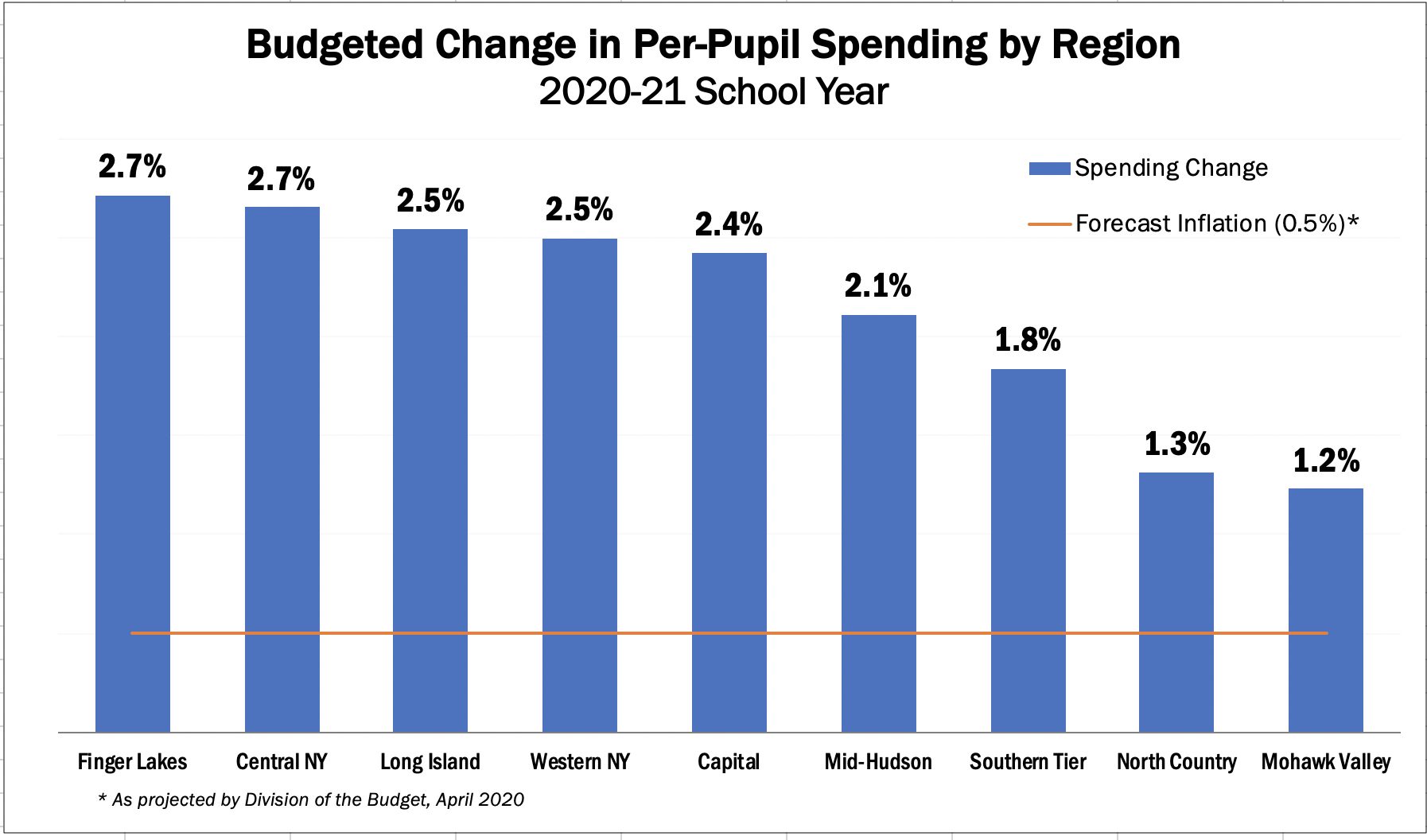 The bulk of that spending comes from school property tax levies, which districts are seeking voter permission to increase through the ongoing mail-ballot elections.

A total of 15 districts plan to exceed their property tax caps, down slightly from 17 last year. Of the 653 districts that have reported their proposed property tax levies, most (330) plan to increase their levies to within $1,000 of what the tax cap allows without getting a supermajority of voters to agree.

The maps below detail district-level changes in per-pupil tax levies and spending.

Note: 19 school districts did not submit data by the state’s May 22 deadline.