Proposed school tax levies in New York for 2011-12 would rise by an average of 2.9 percent**, well above Gov. Cuomo’s proposed 2 percent tax levy cap, according to the Property Tax Report Card released this morning by the state Education Department. (See Update below.) 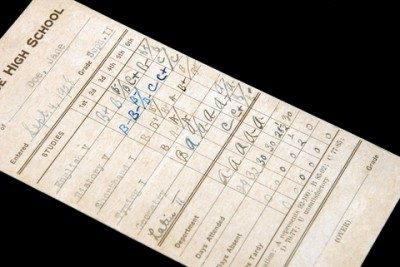 Taxes under proposed school budgets would rise by a total of nearly $634 million next year, or 3.4 percent.  The total increase is slightly higher than last year’s, but the average tax hike is the same as in 2010-11.  Proposed school spending is growing much more slowly than proposed taxes — about 1.1 percent, about the same as las year’s average, according to the Report Card data.  School districts are calling on local taxpayers to make up for a roughly $700 million reduction in state aid to districts outside New York City.

While the overall numbers flunk the 2 percent test, some school districts clearly are striving to hold down spending and taxes.  At least one out of three would appear to deserve an “A” for effort, under the circumstances.

Final Pass-Fail grades will be awarded by school district voters on May 17.

** UPDATE: The original version of this blog post reported the average proposed property tax hike as 3.4 percent, based on the total tax levies for 2010-11 and proposed levies for 2011-12.  The actual average tax hike among districts is 2.9 percent, roughly the same as the median.