A Lewis County doctor was the highest-paid municipal government worker in the North Country during the state’s 2019 fiscal year, according to the latest edition of “What They Make,” the Empire Center’s annual report summarizing total local government pay.

Dr. Gerard A. Crawford, an OBGYN at Lewis County General hospital, was paid $275,000 during the 12-month period ending March 31, the Empire Center analysis found. Six of the top ten employees in the North Country were also medical professionals.

The names, employers, system and pay of the top 10 highest-paid local government employees in the region are below: 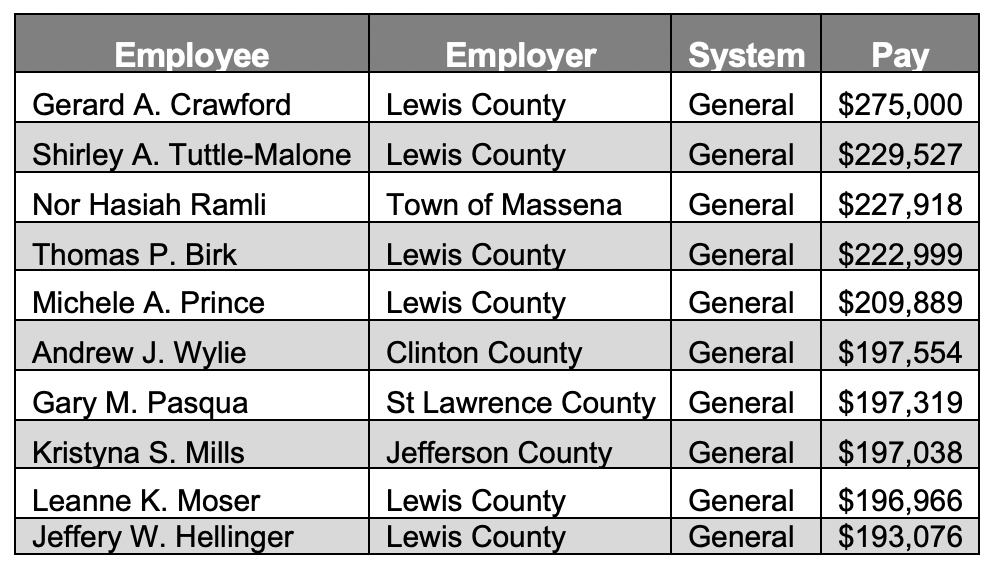