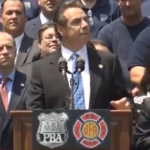 The most noteworthy pension sweetener to win approval was a measure rolling back a key Tier 6 reform for state court officers. A similar bill was vetoed last year by Governor Andrew Cuomo.

Other pension sweeteners, listed here, would:

The bill allowing all veterans to buy added pension time was vetoed by Cuomo last year because, notwithstanding a clause in the governor’s Tier 6 pension reform, it failed to appropriate money to cover the projected state and local government share of the “past service” catch-up cost of the measure. This year’s version appropriates $24.8 million for that purpose.

However, by far the most expensive of all the public pension changes proposed this year—a restoration of generous disability retirement benefits for recently hired New York City police and firefighters—did not win approval before the legislative session ended.

The New York City bill would have imposed roughly $400 million in new costs on city taxpayers in the next four years, adding billions in liabilities to an already under-funded pension system. The city police and fire unions had a strong ally in Governor Andrew Cuomo, who spoke supportively at their State Capitol rally a few weeks ago. This was a striking turnabout from his position a few years ago, when he was promoting modest pension reforms over union opposition.

The disability change was opposed by Mayor Bill de Blasio, who offered an alternative that would have increased disability pensions only for the most seriously injured cops and firefighters.  Unions dismissed it as “inadequate.” (For more background on the issue, see my June 11 New York Post op-ed.)

Senate Republicans passed a broad disability pension hike favored by the city unions, but Assembly Democrats honored the New York City Council’s home rule message in favor of de Blasio’s alternative. (Incredibly, as reported in the Daily News, Senate Majority Leader John Flanagan offered late in the legislative session to pass a minimum wage hike favored by de Blasio in exchange for the mayor’s agreement to drop his opposition to the police and fire disability pension measure. The mayor rejected the deal.)

Suffice to say, while de Blasio dodged a bullet, this one isn’t over. The police and fire unions and their legislative allies have made it clear they will keep pushing for restoration of the full Tier 2 disability benefits. While Cuomo has not endorsed a specific bill, he has generally positioned himself in the unions’ corner while urging de Blasio to negotiate a deal with them.