The Competitive Enterprise Institute has just released a new index that takes a comprehensive approach to measuring just how powerful government unions are in each of the 50 states. 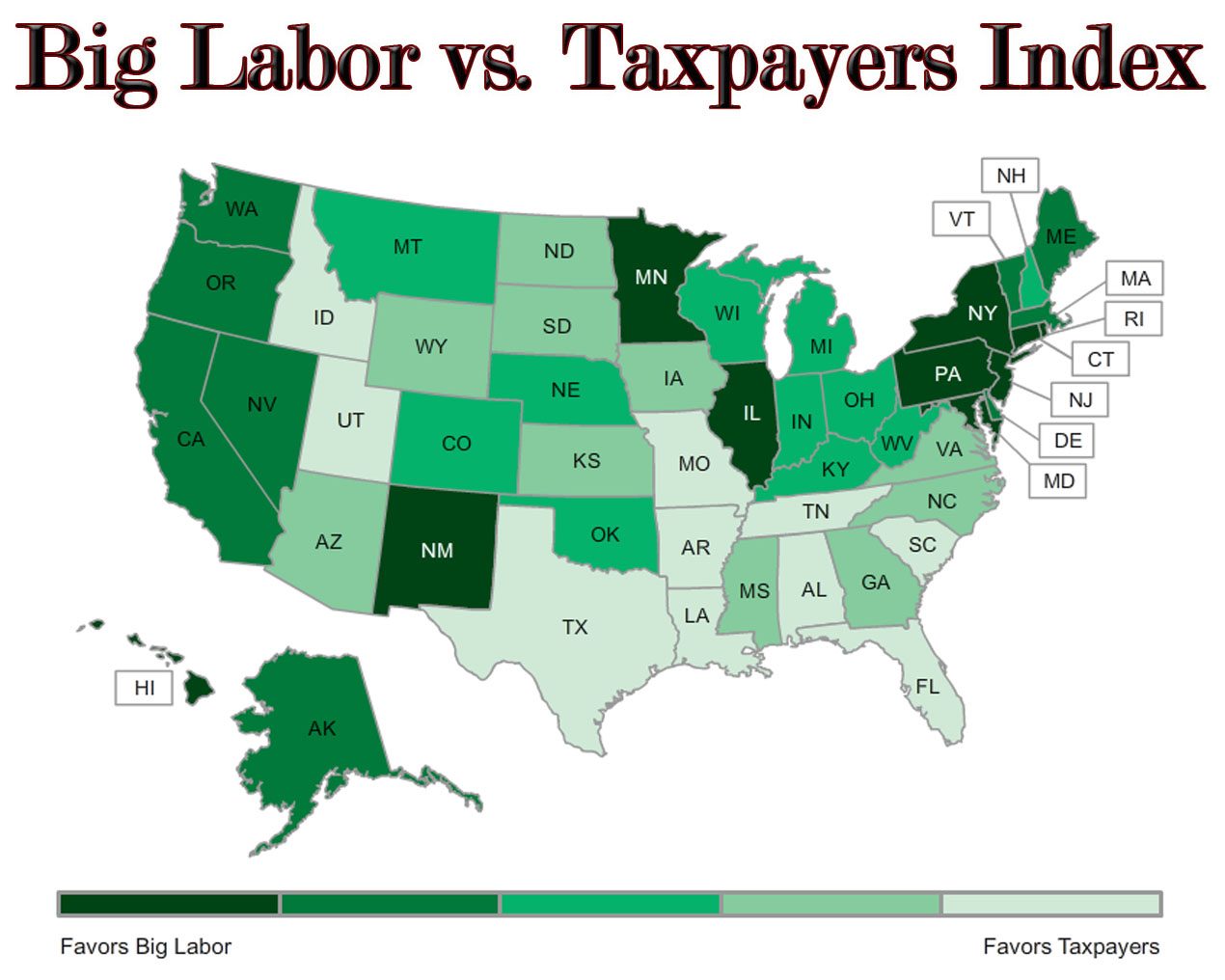 Which state had the lowest ranking, denoting the most powerful unions?

Need you ask?  Chalk up another #50 for the Empire State.

…comprehensively ranks each state on 23 individual aspects to determine the degree to which states favor organized labor and which favor taxpayers.  Each state is ranked and given a score out of a possible 40 points.

New York got just four points.  New Jersey, Connecticut and Illinois were close by with a meager six points. Conversely, Tennessee came out on top with 36, trailed closely by Utah with 34.

There’s a myriad of reasons unions are so powerful in New York.   As E.J. explains in this post, repealing the Triborough amendment would help level the field for taxpayers.