Capping a week in which Governor Cuomo touted his “successful economic agenda,” newly released federal estimates show New York’s economy barely grew at all during the third quarter of 2019, ranking near the bottom of a 50-state list.

Adjusted for inflation, the Empire State’s gross domestic product was up just 0.5 percent on a seasonally adjusted annual basis—far below the national growth rate of 2.1 percent, according to data from the Bureau of Economic Analysis. As shown in the map below, the only states with slower growth were Delaware (0.0 percent), Hawaii (0.4 percent) and West Virginia (rounding to the same 0.5 percent as New York). 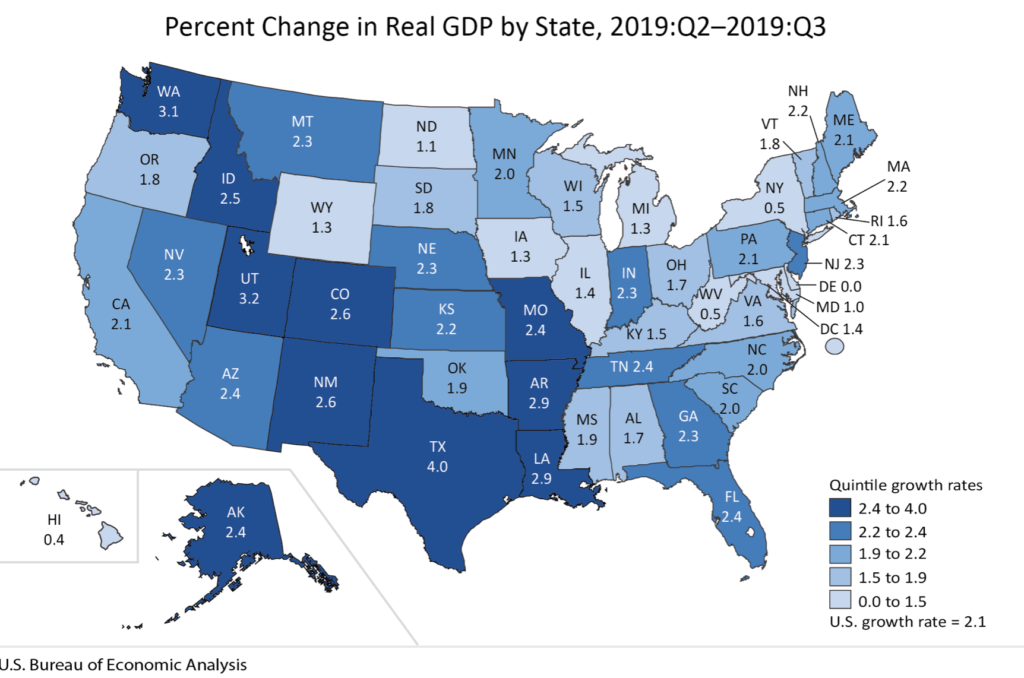 The latest BEA estimates also indicate that, on an annual basis, New York’s Real GDP growth in 2018 was 1.2 percent, less than half the national growth of 2.9 percent. New York ranked 45th out of 50 states for the year.