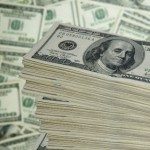 Although New York is taking the brunt of the coronavirus pandemic – with 43 percent of the nation’s known cases and 40 percent of the deaths – the state is due to receive only 5 percent of a $150 billion “relief fund” established in Washington.

The state’s allocation is so low because the federal funds are distributed by population, not need, and even the smallest state is guaranteed at least $1.25 billion.

The fund was part of the $2 trillion Coronavirus Aid, Relief and Security Act, or CARES Act, which was drafted in the Senate last week, passed by both houses and signed by President Trump on Friday.

Most of the money flows directly to individuals, companies and health-care providers affected by the pandemic, the various emergency orders and the resulting economic slowdown – and New York residents and businesses will get a share of those programs.

Cuomo and other governors requested money to make up for lost tax revenue, but the bulk of money for states took the form of the Coronavirus Relief Fund, which can only be used for expenses related to the public health emergency. It sets aside $3 billion for the District of Columbia and federal territories, $8 billion for tribal governments and $1.25 billion for each of the 16 smallest states.

The remaining $139 billion is divided among the larger states proportionate to their population. New York’s total allocation is $7.5 billion. Of that amount, $2.4 billion is to be passed along to local governments with at least 500,000 residents – namely, New York City and the counties of Suffolk, Nassau, Westchester, Erie and Monroe.

Because of the minimum amounts earmarked for small states, New York in total ends up with 5 percent of the funds even though it has 6 percent of the population.

New York’s share looks even smaller when stacked up against need, as seen in the chart below. Although it’s too soon to know how much any state will ultimately spend on battling the public health crisis, New York’s costs are by far the highest in the country to date. Yet its funding per diagnosed case is by far the lowest.

As of Friday, North Dakota was due to receive $24 million for each of its 52 known cases. New York, with tens of thousands of infected residents, was allocated the equivalent of $170,000 per case – less than 1 percent of North Dakota’s amount. Other hard-hit states, such as New Jersey, Washington and Louisiana, are similarly shortchanged.

The funding disparities will undoubtedly change, and possibly narrow, as the virus spreads across the country. Still, it’s clear that the Coronavirus Relief Fund was distributed based on the politics of the Senate – where every state gets the same two votes – rather than the best interests of public health.