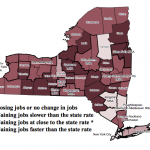 During the 12 months ending in June, New York gained 137,300 jobs — a 1.8 percent gain statewide during a period when the U.S. averaged a net private employment increase of 2.2 percent. This is based on seasonally non-adjusted monthly data, which provide for regional comparisons. (In map at left, counties with dark shading had low or no job growth.)

The summary from the official press release: 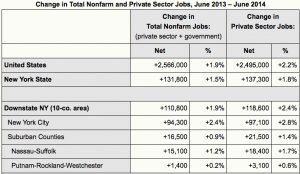 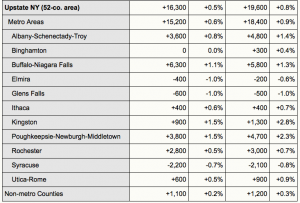