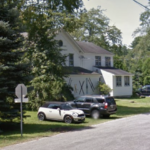 At issue here is the Empire State’s effort to tax the investment income, dividends and capital gains earned in 2012 and 2013 by Nelson Obus, a hedge fund manager who during those years commuted regularly from his residence in New Jersey to his office in midtown Manhattan.

In December 2011, Obus and his wife paid $290,000 for a vacation home in the village of Northville, near (but not on) the shore of Great Sacandaga Lake in Fulton County. No one disputes that they use the place just a few weeks a year, for cross-country skiing in winter and visits to the Saratoga Race Track in summer. As reported by Josh Barbanel in the Wall Street Journal (subscription required):

A state administrative law judge ruled last month that Mr. Obus owed $527,000 in back New York state income tax because of his upstate home. With interest and penalties, that is more than twice the $290,000 he paid for the house in 2011.

Mr. Obus, a principal and chief investment officer of Wynnefield Capital, lives in Princeton, N.J. But he was required to pay New York state taxes on all his income, under the ruling, like any New York resident.

New York’s tax auditors did not dispute that Obus is actually a resident of New Jersey—nor did Obus dispute that he was subject to New York State taxation of all wage, salary and bonus income he earned working in Wynnefield‘s New York City office. However, hedge fund managers generally earn much of their income in the form of carried interest, which is treated as capital gains for tax purposes. Capital gains and other investment income, in turn, are taxable only in a taxpayer’s state of residence.

To wring more money out of Obus, New York State’s auditors had to claim he met the state Tax Law’s two-part test for establishing full-time residency: (a) physical presence in the state more than 183 days a year, and (b) maintenance of a “permanent place of abode” in New York.

During 2012 and 2013, the answer to (a) was yes, since Obus worked more than half the year in New York City and duly filed nonresident tax returns with Albany for income earned at his Manhattan office. But to (b), Obus insisted the answer was no. After all, as even the auditors admitted, Obus and his wife only spent two or three weeks a year at the Northville house.

Obus’ five-bedroom, three bathroom Northville house, including an attached apartment rented out for $200 a week, isn’t exactly an Adirondack luxury retreat. However, Gardiner wrote, it is more than “a mere camp or cottage … suitable and used only for vacations.”  The house, she said, “has year-round climate control” and thus “can [be] and is used year-round and, as such, is considered permanent.”

Gardiner’s conclusion: “The fact that [Obus and his wife] chose to use this home exclusively for vacations does not transform its characterization as a permanent place of abode.”

Obus isn’t seeking to completely avoid any state tax on his investment income for 2012 and 2013. In fact, during the years in question, his capital gains and dividends were subject to a top New Jersey resident tax rate of 8.97 percent, slightly higher than New York’s maximum of 8.82 percent.

So, New York is dunning Obus for $526,888 in back taxes, plus interest and penalties, on millions of dollars in investment income that his home state of New Jersey has already taxed.

Even before the ruling came down, Obus reportedly had responded by joining New York’s increasingly crowded 183-Day club of high earners with big potential tax exposures. The Journal quotes him as saying he now works in New York less than half the year. This not only reduced his exposure to New York tax on earned income but, once he curtailed his New York-based work days, eliminated Albany’s ability to hit him up as a full-time resident, notwithstanding the Northville house.

The bottom line: thanks to an aggressive audit, New York already is collecting less in taxes from Obus than it would have done by simply leaving him alone.  And if he now chooses to sell his vacation house, odds are it will be purchased by someone who pays less in New York income taxes.

With added exposure from the world’s leading business publication, a fresh warning has gone out to the sort of high earners whose taxes already finance a disproportionately large share of New York’s state budget:

If you are a non-resident who works more than half the year in New York, and you don’t want to face double-taxation of your investment income, don’t buy a vacation home anywhere in New York that could be lived in year-round by anyone—even if it isn’t you.