New York’s spending on public elementary and secondary education reached $25,139 per pupil during the 2018-19 school year, once again surpassing all states in the latest U.S. Census annual data.

The Empire State’s public schools spent 91 percent more than the national average of $13,187 per pupil—compared to gaps of 73 percent in 2008-09 and 45 percent in 1998-99, as illustrated by the chart below comparing the 20-year trends for New York and all states. 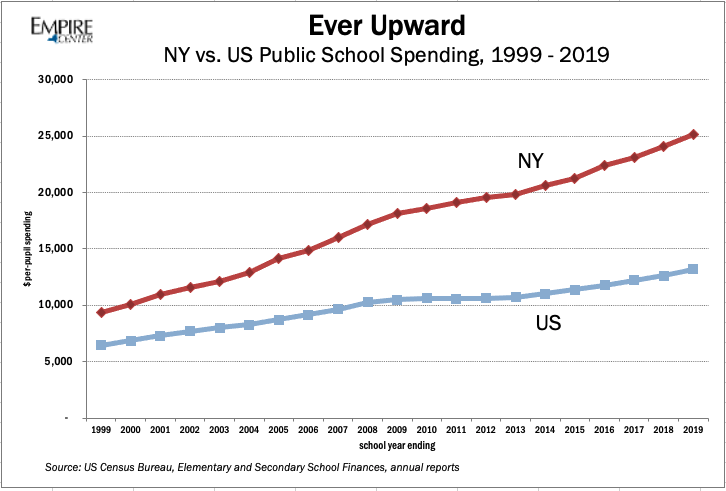 Release of the Census Bureau’s 2019 Public Elementary-Secondary Education Finance Data comes on New York’s annual school budget referendum day, with districts across the state—except for the five largest cities—seeking voter approval of proposals to boost their per-pupil spending by an average of 4.2 percent and per-pupil property tax levies by an average 2.5 percent.

New York school spending will be pushed up even higher in the future by a record aid increase in the state budget approved in early April, which also featured a legislative commitment to fully fund larger “foundation aid” formula increases in future years. On top of that, New York schools have just been handed another $9 billion in special “emergency relief fund” aid via the Biden administration’s American Rescue Plan.

Here are some of the annually noteworthy school spending benchmarks from the census data: 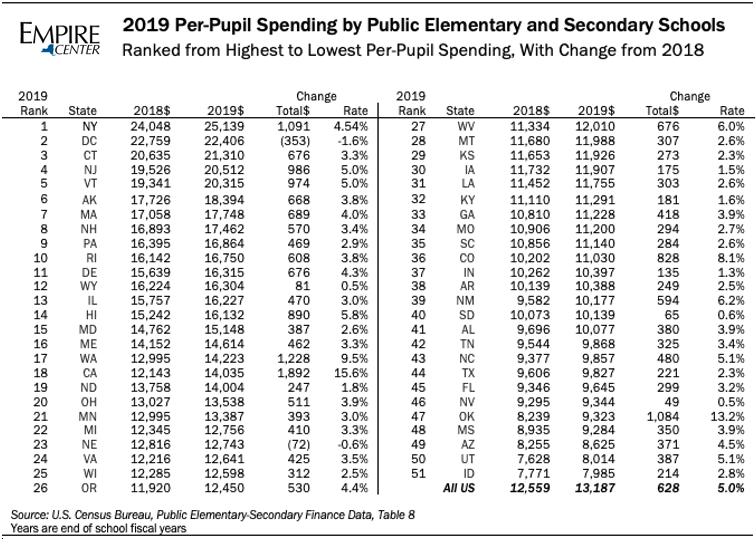