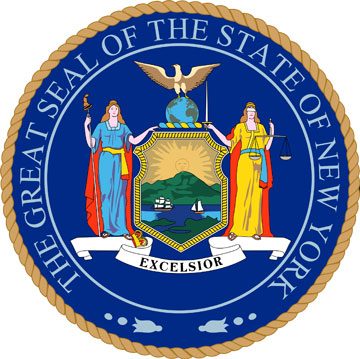 In line with New York’s motto — “Excelsior” — the state assumes its tax receipts are headed ever upward.

Late last week, Governor Cuomo and legislative leaders announced they had agreed to a consensus forecast adding $200 million to the combined receipts already budgeted for fiscal years 2012-13 (which ends on March 31) and 2013-14. Cuomo’s Executive Budget already had assumed healthy tax receipts growth of 4.8 percent— so the consensus simply pushes the envelope a little further out there, in an arguably riskier direction.

As usual, the consensus was effectively a dart thrown roughly at the middle of the conflicting estimates. But the underlying economic assumptions don’t necessarily represent the mid-point of the consensus among forecasters outside New York State government. For example, theCongressional Budget Office thinks real GDP will increase this year by 1.4 percent, while the Albany consensus is more than one-third higher at 1.9 percent.**

New York’s all-funds state tax collections have fallen short of enacted budget projections for six straight years. Nonetheless, the consensus memo from Cuomo and the legislative leaders said they had agreed that “upside risks” to the forecast “modestly outweighed downside risks” in the year ahead.

Not counting that $200 million consensus add, here is the past and projected path of total tax receipts stretching from 1970s through projections for 2017. 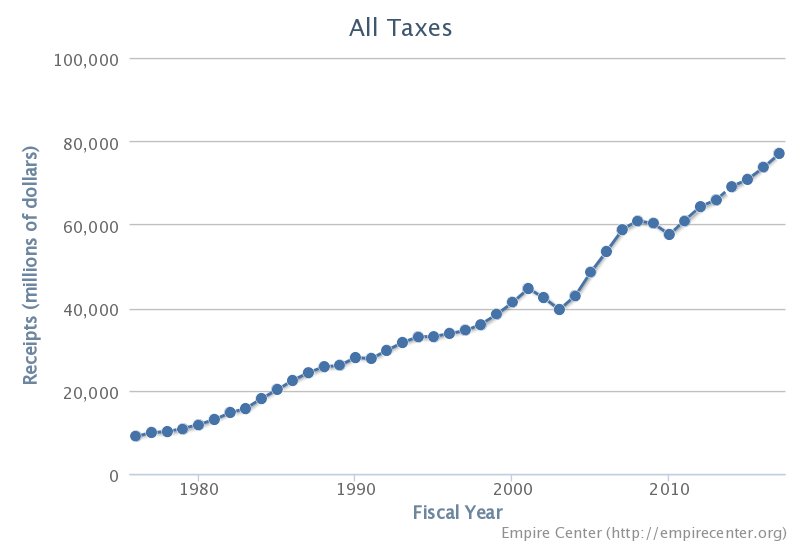 This chart is one of many you can generate and download using the “Explore the New York State Budget” app at the Empire Center’s transparency website, www.SeeThroughNY.net, which has been updated to reflect the governor’s 30-day amendments.

PS — The consensus revenue forecasting process was only formalized as part of a 2007 budget reform, and the results continue to have a slapdash feel. While DOB documents and forecasts produced by the Senate and Assembly majorities were, as usual, polished and professional-looking, the consensus forecasting memo posted online is a crooked, smudgy graphical image scanned from a print document, which means it’s digitally so fat that it will choke a typical desktop printer.  Apparently no one could be bothered to use the “save as pdf” function.

** The Conference Board is forecasting real GDP growth of 1.6 percent, but the Blue Chip Consensus matches Albany’s at 1.9 percent.