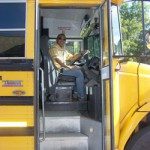 Spending by New York State’s public schools averaged $19,818 per pupil in 2012-13—once again topping the nation—according to new data released today by the U.S. Census Bureau.

New York’s public elementary and secondary schools (excluding charter schools) had 2.6 million pupils and spent a total of $59.4 billion — exceeded only by California, which spent $66.4 billion on a public school system with 6.2 million pupils.

School spending in New York was driven primarily by instructional salaries and benefits — which, at $13,756 per pupil, were 112 percent above the national average of $6,480, the census data show.

In the category of “support services,” including central and school administration, New York ranked seventh with spending of $5,646 per pupil. That was 50 percent above the national average—but if New York had only spent the national average in the support category, it still would have had the second highest total per-pupil spending in the country (after otherwise non-comparable Alaska). 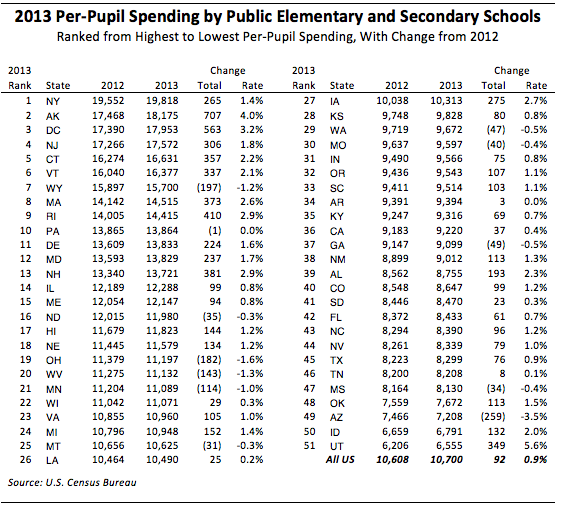