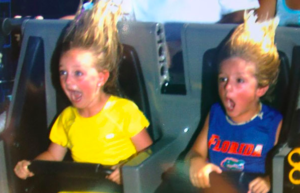 A little-discussed hazard of creating a state-run single-payer health plan in New York would be its vulnerability to the business cycle.

The single-payer bill being debated in Albany, known as the New York Health Act, would entail an unprecedented tax hike conservatively estimated at $156 billion – roughly three times what the state currently collects in income taxes.

The legislation does not give details, but it calls for imposing two new levies, on payroll income and non-payroll income. Both would exempt the first $25,000 of taxable income and charge progressively higher rates on higher brackets. The sponsors have also asserted that these taxes would be structured so that the vast majority of New Yorkers would pay less than they currently do for health coverage.

Assuming such a tax plan was feasible, it would depend heavily on collections from high-income New Yorkers, a source of revenue that’s especially prone to booms and busts. A recession – or a downturn in the stock market – could easily open a budget hole not just in the billions of dollars, but in the tens of billions of dollars.

Lawmakers would be faced with a choice of cutting that amount from health-care spending, jacking up taxes even further, diverting funds from other programs such as school aid, or a combination of all three.

In a 2017 paper in the Yale Law Journal, Michigan Law School Professor Nicholas Bagley warned that a similar “countercyclical trap” faces any state contemplating a big expansion of health coverage:

The federal government can deficit-spend to manage these countercyclical fluctuations. The states, however, cannot. With the exception of Vermont, the states are legally obliged to balance their budgets every year. And states are understandably reluctant to adopt large obligations that will require savage spending cuts or hefty tax increases when times get tough. Cuts and taxes are not only unpopular, but they would also depress the economy further, exacerbating the recession. Broad coverage expansions thus commit states to an economic policy that could inflict serious damage on their residents.

This dilemma would be heightened by New York Health Act’s progressive tax structure. This is because many of the state’s wealthier residents derive their income from Wall Street, where fortunates fluctuate with the stock market.

As seen in the chart below, the aggregate income of New Yorkers making $1 million or more per year – about 1 percent of all filers in 2016 – is far more volatile than that of the bottom 99 percent. From 2007 to 2009, the Great Recession reduced incomes at the top by almost half, while the rest of the state sustained a relatively modest 3 percent dip.

The progressive taxes necessary to finance single-payer would inherently magnify the volatility, as illustrated in the chart below. This hypothetical scenario uses projected payroll tax rates drawn from the RAND Corp.’s fiscal analysis of the New York Health Act: 0 percent for incomes below $30,000 a year, 12.9 percent for incomes between $30,000 and $150,000, and 25.6 percent for incomes over $150,000. (Two caveats: For simplicity’s sake, these brackets are slightly different than the ones RAND used and marginal rates are applied to total income.)

As can be seen, revenue from middle-income New Yorkers (shown in blue) stays relatively steady through booms and busts, while revenue from the higher-income group (in red) moves dramatically up and down. The net result, under this hypothetical scenario, is a drop in single-payer revenue during the Great Recession of 22 percent or $26 billion – which, at the time, was more than the total amount Albany was spending on school aid.

How would the state’s health-care system sustain losses of that magnitude? Do the sponsors of the New York Health Act have a plan for avoiding this kind of crisis? These are questions worth asking before the bill next comes up for a vote.