In the early days of the coronavirus outbreak, New York’s death toll appears to be rising at a faster rate than any other state and most other countries.

Governor Cuomo reported that 210 New Yorkers had died from the disease as of Tuesday – a higher number than all but eight countries in the world.

This is an installment in a special series of #NYCoronaVirus Chronicles by Empire Center analysts, focused on New York’s state and local policy response to the Coronavirus pandemic.

It crossed the 200 mark just 11 days after recording its first death on March 13. The comparable time for Italy, the world’s hardest-hit nation, was 15 days.

As shown in the first chart below – modeled on graphics produced by The New York Times – New York’s toll is roughly doubling every two days, putting it on a relatively steep track compared to the rest of the world.

The second chart shows the same trends on a linear as opposed to logarithmic scale. 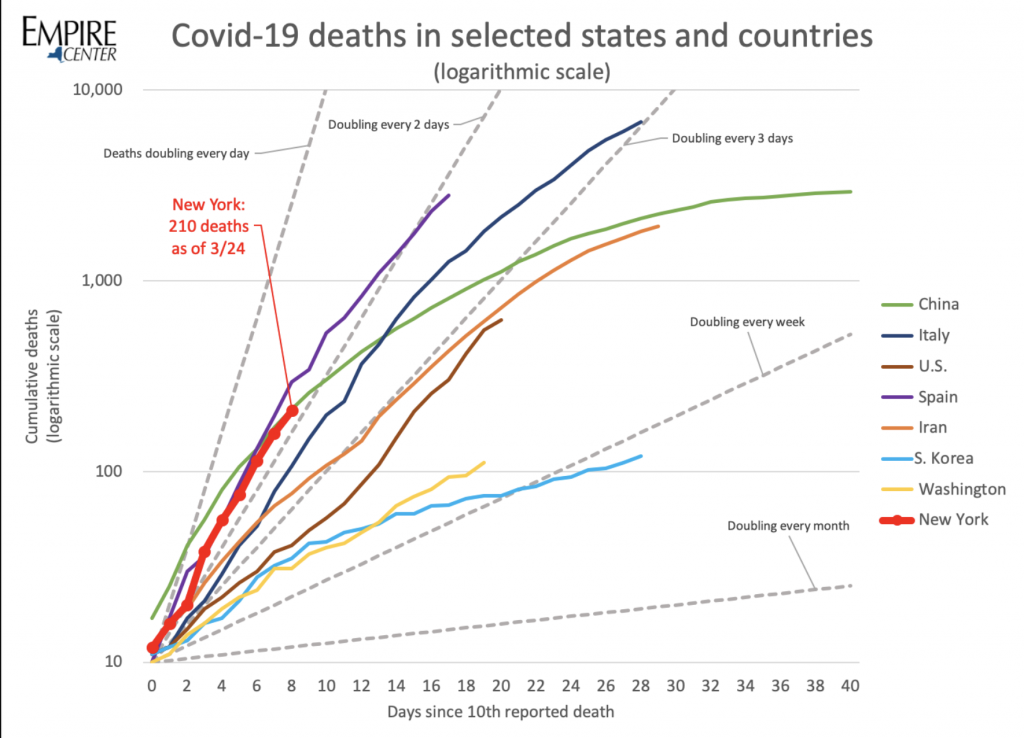 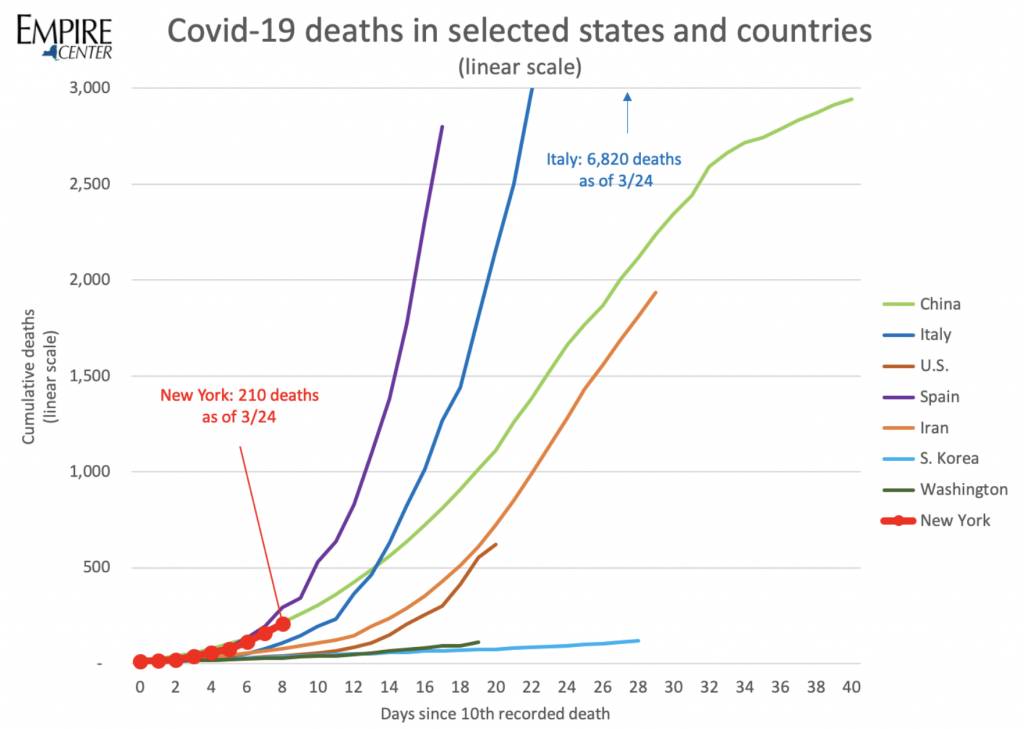 New York has also recorded the largest number of diagnosed cases in the U.S., and among the largest in the world. That metric is likely distorted by the state’s higher rate of testing – which has the potential to catch mild cases that otherwise would have gone unnoticed. For that reason, the death count may give a clearer picture of the outbreak’s scale.

It’s also a lagging indicator: Estimates of the incubation period for the virus range from two to 14 days, meaning the New Yorkers dying now may have first been exposed weeks ago. It also means that it could be early to mid-April before the state’s and the nation’s dramatic efforts to slow the spread – through “social distancing” and the governor’s tight restrictions on public gatherings, businesses and other activities – and other efforts to contain the spread begin to slow the rising death toll.

In short, New Yorkers should brace themselves for worse to come.