Statewide, the year-over-year change in New York State’s private-sector employment slightly exceeded the national rate in June, the monthly jobs report showed. The U.S. as a whole gained about 2 million jobs over the same month a year earlier, a growth rate of 1.7 percent. During the same period, New York added 155,800 jobs, a growth rate of 1.9 percent.

Eighty-four percent of those new jobs were downstate—including 99,800 in New York City alone, where private employment growth has rebounded after slumping last fall. The city’s job growth rate was 2.6 percent, while neighboring suburbs on Long Island and the lower Hudson valley were around the national average.

Upstate, however, the year-over-year rate of private job growth generally was much lower, ranging from 0.4 percent in Buffalo and Rochester to 0.6 percent in Albany and Syracuse. The biggest growth rates were recorded in the small metro areas of Watertown-Ft. Drum, Glens Falls, Ithaca and Kingston.  Utica-Rome was the largest upstate metro area to add jobs faster than the statewide or U.S. averages, while Elmira lost jobs. 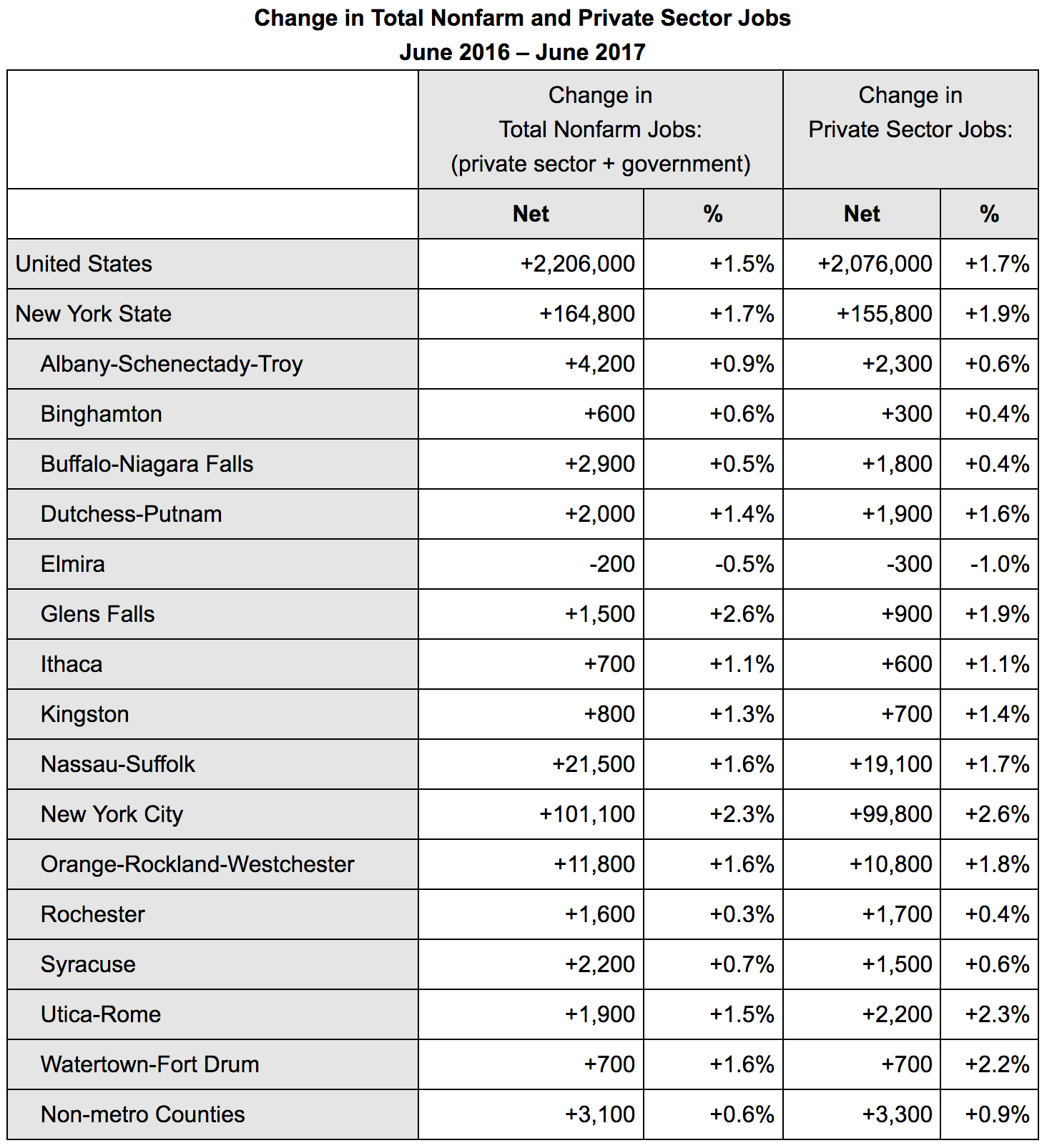 On a statewide basis, the leading source of new private employment was the largely non-profit Education &  Health Services sector (up 67,000), followed by Professional & Business Services (50,900) and Leisure & Hospitality (37,300).

However, New York State as a whole also managed to lose another 16,300 manufacturing jobs (a further drop of 3.6 percent from the June 2016 base) during a 12-month period when manufacturing employment nationwide was edging up by another 46,000 jobs, to a nine-year June high of 12.48 million, according to preliminary Bureau of Labor Statistics data.

Notably, the data also indicated a resurgence in the growth of government employment every region of New York State except Rochester and Utica-Rome.  The public sector was up 9,000 jobs, or 0.6 percent.