In a school year whose last quarter was severely disrupted by the Covid-19 pandemic, New York once again led all states in spending on elementary and secondary education, according to the latest U.S. Census annual data.

The Empire State’s public school spending for 2019-20 came to $25,519 per pupil—89 percent more than than the 50-state (plus D.C.) average of $13,494. The education spending gap between New York and the nation as a whole has roughly doubled over the past 20 years, as illustrated by the chart below. 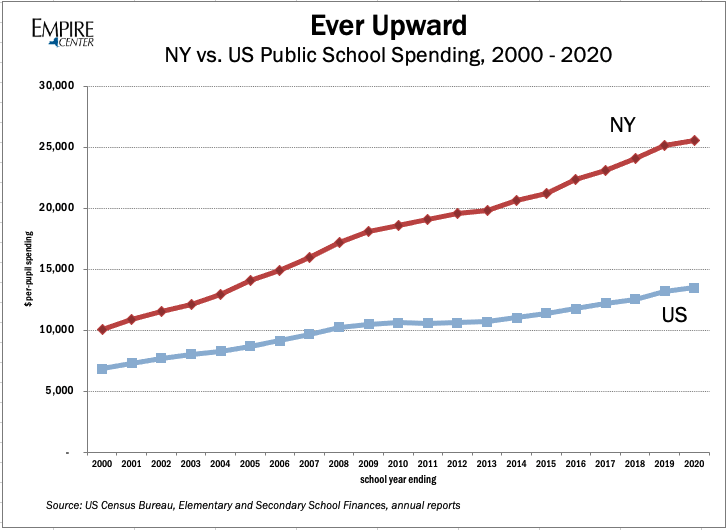 New York school spending will be pushed to new heights by the latest state budget, which boosts state aid to schools by $2 billion, or 7.2 percent, including a permanent, phased-in, multi-year “foundation aid” formula boost. On top of that, New York schools last year were handed another $9 billion in special “emergency relief fund” aid via the Biden administration’s American Rescue Plan.

Noteworthy school spending benchmarks from the annual census data include the following: 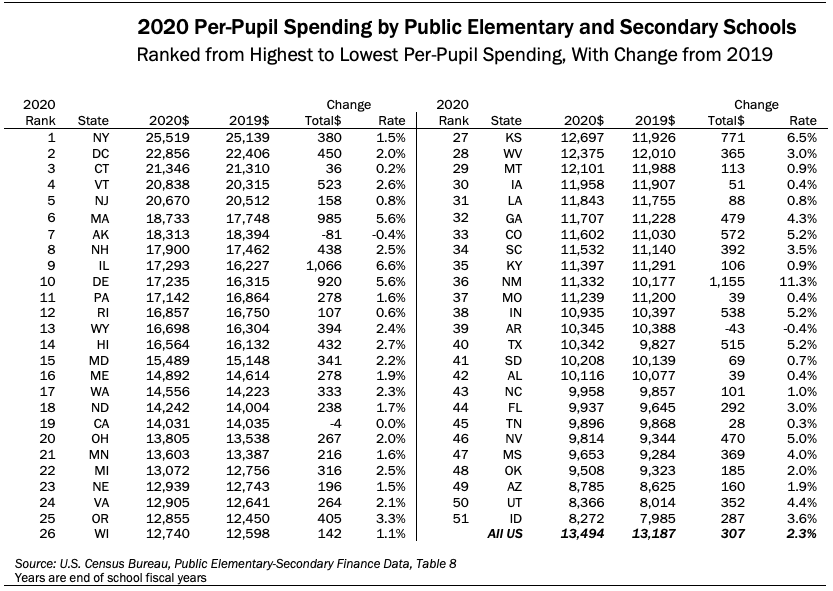