Upstate and down, rich and poor, districts of all types and sizes demand the same thing from Albany: more. Preferably much more.

By national standards, however, all New York school districts are well funded. In fact, in the nation’s PreK-12 financial race to the top, the Empire State has been opening a larger lead in recent years. This paper uses the most recent federal data to compare broad measures of public school spending in New York and other states—and to point to likely explanations for the differences.

As of 2014-15, New York led all states with PreK-12 spending of $21,206 per pupil —86 percent above the US average, according to Census Bureau data (see chart on page 2). The school spending gap between New York and the national average has widened considerably over the past 20 years, as shown below. This trend accelerated during the Great Recession, when state and local tax revenues were plummeting across the country. From 2007-08 to 2014-15, New York’s per-pupil spending increased 24 percent, which was more than double the national post-recession average. 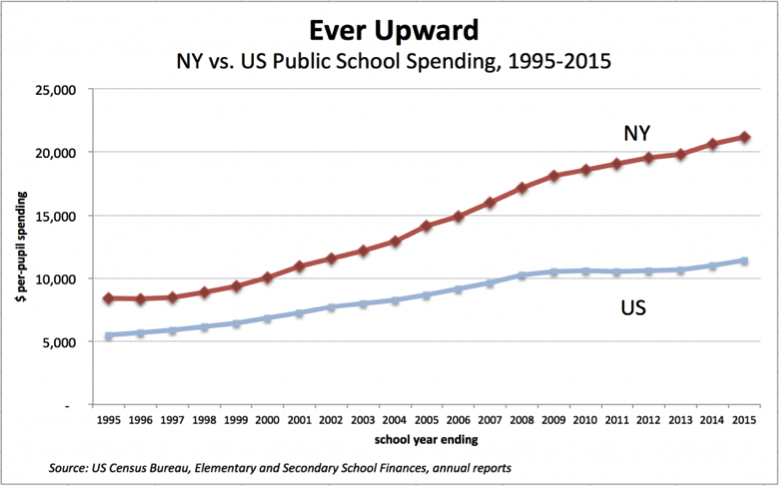 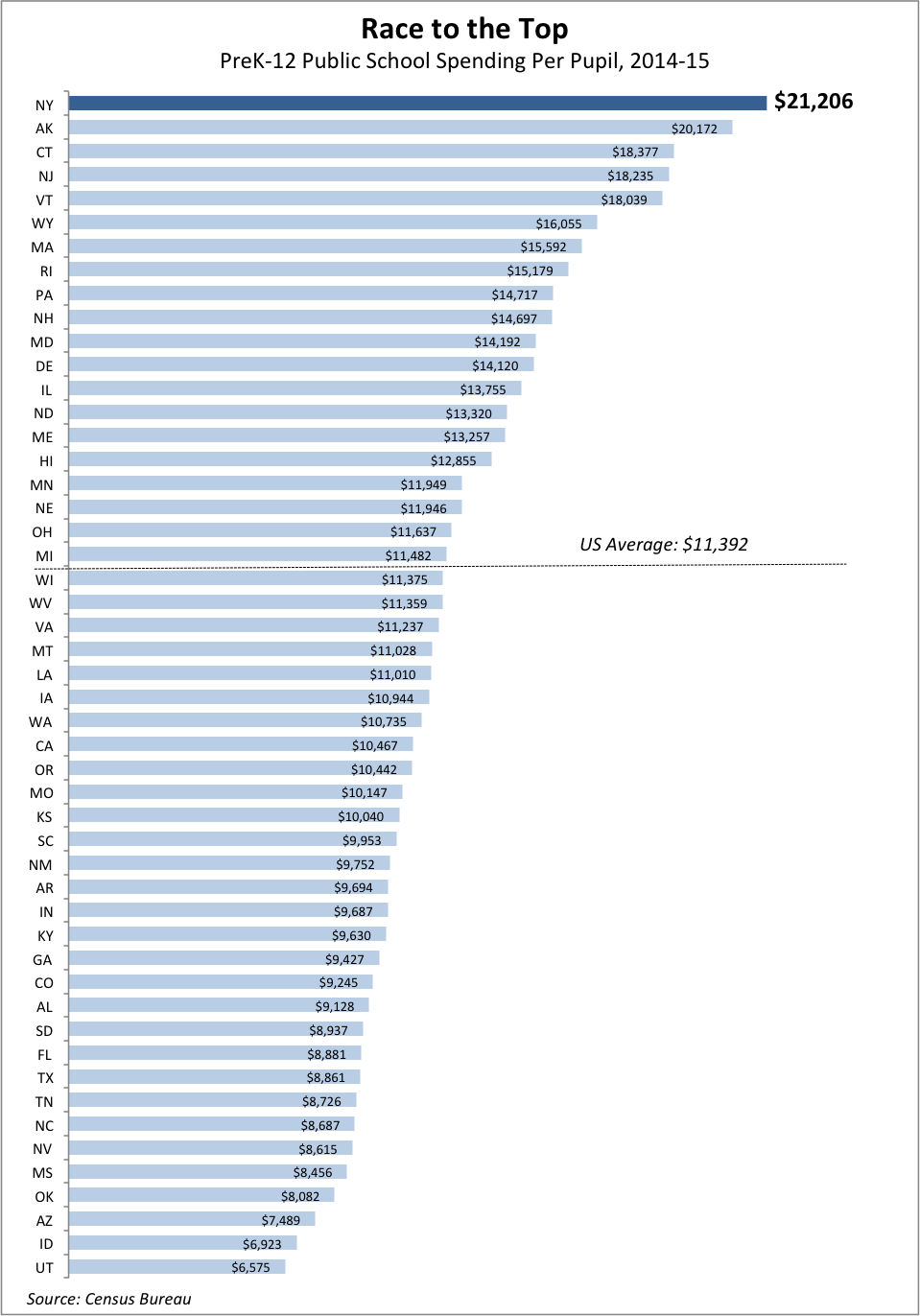 New York has nearly 700 local school districts—the fourth most of any state. But census data show that the administrative costs associated with a large number of districts is not a major factor driving the difference in spending. In the category of “support services,” including central and school administration, New York ranked seventh with spending of $5,972 per pupil, which was 49 percent above the national average. But if New York had only spent the national average in the support category, it still would have ranked second among states in overall per-pupil spending (trailing only sparsely populated Alaska, which is fundamentally incomparable on this scale).

New York’s exceptionally high school spending is driven mainly by instructional salaries and benefits—which, at $14,769 per pupil, were 114 percent above the national average of $6,903 in 2014-15. New York’s per-pupil spending in this category—which measures total compensation only for staff interacting directly with pupils in the classroom, including teachers and teacher aides—was greater than the total PreK-12 spending of 42 other states. The 70 percent share of New York’s total school spending flowing to instructional salaries and benefits was the highest of any state’s, well above the national average of 61 percent. New York’s cost is exceptionally high because, as shown in the following table, the state combines the nation’s highest average teacher’s salary and relatively high staffing levels (reflected in a well-below-average average pupil-teacher ratio). 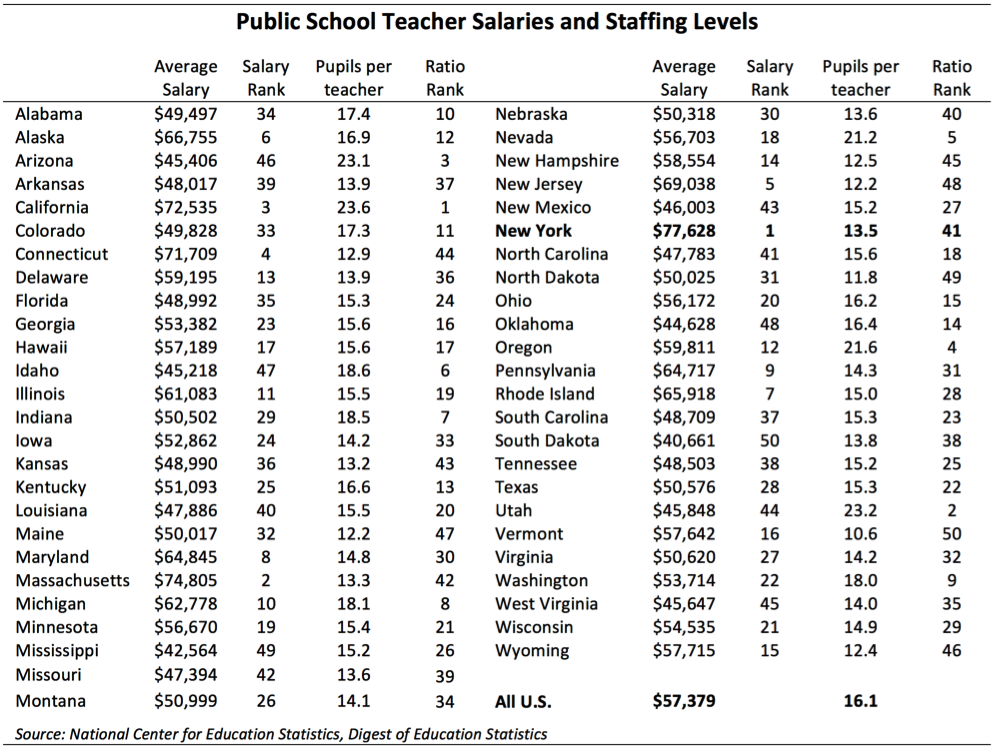 Even New York’s lowest-spending school system (the General Brown district, in Jefferson County) spent 6.4 percent more per pupil than the national average. At the other extreme, 213 New York districts spent at least twice the U.S. average. (A complete list of New York districts’ per-pupil spending as reported in Census data can be viewed and sorted here.

Are New Yorkers getting education results commensurate with their education spending? Given the notorious lack of comparability among performance indicators for different states, that’s a hard question to definitively answer. However, there is scant evidence that New York’s schools on the whole produce dramatically better results. For example:

As debates and disputes over New York school funding continue—highlighted in a pending lawsuit challenging the “adequacy” of state funding for Syracuse and New York City4—the national data at least provide a broader perspective and a reality check on the issue.