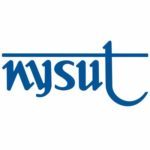 New York State United Teachers (NYSUT) has a $1 trillion list of federal stimulus funding proposals—with specifics that illustrate both the union’s thirst for taxpayer money and its desire to influence public policy well beyond the classroom walls.

The statewide teachers union is asking its roughly 400,000 members to send congressional representatives a form letter that begins with a request for $175 billion in “Education Stabilization Funds” for pre-K through post-secondary schools to “fill budget gaps caused by declining state revenues due to the Covid-19 national emergency.”

The added funding would come on top of $30.1 billion in education aid appropriated by Congress via the late March stimulus bill (the CARES Act), which sent New York just over $1 billion specifically in K-12 aid. Assuming a similar distribution formula, New York’s share of the $175 billion would come to $5.9 billion in K-12 funds, or enough to cover about 20 percent of all state school aid. NYSUT is also looking to restrict states’ abilities to reduce their total aid for schools.

In addition, NYSUT wants Congress to “cancel [as opposed to postpone] monthly federal student loan payments and interest accruals” and then to “forgive at least $30,000 in student loan debt per student.” The union didn’t provide a cost estimate, but a similar proposal to cancel $20,000 for each borrower would costs the federal government $661 billion without even including lost future interest payments. Taken together with the federal school aid, these requests alone push the pricetag on NYSUT’s demands to more than $1 trillion.

The two-page letter also demands, among many other things:

Beyond those items, which at least would benefit small pockets of NYSUT members, the union also demands:

Finally, NYSUT wants Congress to allow federally-regulated pension plans to increase their amortization periods from seven to 15 years. This would let employers—like NYSUT itself—reduce contributions to their underfunded pension plans. The union last year reported having $349 million in pension liabilities (on top of $287 million in retiree healthcare liabilities) against just $202 million in total assets. Allowing NYSUT to stretch out the period for replenishing its pension plan isn’t in the best interests of its own employees—and lets the union avoid making hard choices.