The temporary higher income tax brackets adopted by the state in 2009 boosted the marginal rate by 31 percent — New York’s biggest single income tax hike since 1961. Yet the scheduled sunset of this tax increase at the end of 2011 is now being spun by NYSUT and other unions as a “tax break.”  Deferring the sunset or making the tax increase permanent would raise another $1 billion in 2011-12, closing no more than one-tenth of the projected budget gap.

You wouldn’t know from NYSUT’s commercial, but the state Legislature voted last year to raise $2 billion over a three-year period by deferring tax credits owed to investors in job-creating New York projects and real estate developments.  Most of that money was no doubt earned by the same sort of “millionaires” affected by the temporary income tax increase.

Nor would you suspect that, starting in 2009, the state permanently increased taxes by nearly $500 million a year for million-dollar earners, by eliminating their remaining itemized deductions for all purposes other than charitable deductions.  Another $83 million a year is being raised, through 2012, by the temporary elimination of a portion of charitable deductions for taxpayers earning over $10 million. 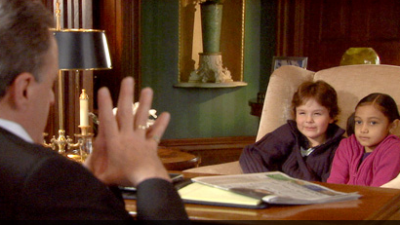 As it happens, one surviving “tax break for millionaires” in the state budget that really lives up to the description is the Empire State Film Production Credit, which subsidizes up to 30 percent of qualified expenses for feature films and television shows made in New York.

Despite some extravagant job-creation claims by supporters, film production credits “fail to spur economic growth or raise tax revenue,” the Tax Foundation has concluded. But there’s no evidence that NYSUT objected when the Legislature voted last year to expand New York’s credit by $2 billion over four years, and to exclude film-makers from the credit claw-back targeted at all other business investors.  Perhaps that’s because this particular tax break was strongly supported by other labor unions.

The film credit expansion comes to $420 million a year, which equates to roughly 6,500 teaching jobs at current starting salary and benefit rates.   Who will break this news to the children?