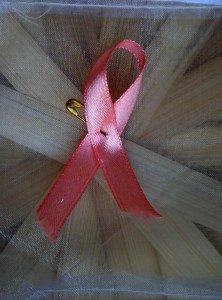 State legislators have taken their mania for insurance mandates to a new extreme: They’ve passed a bill that arguably accomplishes nothing other than covering unnecessary mammograms.

Unless vetoed by Governor Andrew Cuomo, this mandate would not only waste millions, but possibly do more harm than good for the women it’s supposed to help.

The bill in question, sponsored by Senator Joseph Griffo of Rome and Assemblywoman Rebecca Seawright of Manhattan, adds “breast tomosynthesis,” a high-tech form of mammography, to the long list of procedures that state-regulated health plans must pay for.

Approved by the Food and Drug Administration in 2011, the technique generates a 3-D X-ray image of the breast, and shows promise of more accurately identifying signs of cancer, especially in the roughly half of women who have dense breast tissue.

However, the U.S. Preventive Services Task Force and other experts say there is not yet enough clinical evidence to show that the technique improves health outcomes in women of average risk, as has been proven with traditional mammograms.

But the DFS rule left plans with sensible discretion to limit coverage – such as covering the procedure only for women with dense breast tissue or a family history of breast cancer, or simply requiring a doctor’s recommendation.

Had the Legislature simply codified the same rule as law, that would be bad enough. Writing medical guidelines into statute is a dangerous business, especially when the science remains unsettled.

But the Griffo-Seawright mandate bill goes well beyond the DFS rule. It includes no mention of medical necessity, family history, dense tissue, or a doctor’s recommendation. Instead, it expands the state’s existing mammography mandate to include tomosynthesis, effectively adding it as a routine procedure for all women.

Since the DFS has previously mandated coverage of medically necessary tomosynthesis screens, the only practical impact of Griffo-Seawright is to require coverage, by law, for unnecessary ones.

Already, the state’s existing screening law, written years ago, goes beyond the current guidelines of expert organizations. For women of average risk, it requires coverage of a baseline mammogram as young as 35, then yearly screens starting at 40 with no upper age limit.

The Preventive Services Task Force, by contrast, recommends every-other-year mammograms from 50 to 74 for average women, and starting at age 40 for women at high risk.

The task force based its guidelines not on cost, but on the potential harm of excessive screening – including the anxiety and unnecessary biopsies and treatments that result from false alarms.

But of course mammograms of all kinds cost money, and requiring payment for unnecessary procedures will only add to the high cost of healthcare in New York State.

Despite these concerns, the Assembly approved Griffo-Seawright unanimously on March 30, and the Senate did the same on Thursday.

As Trudy Lieberman of Health News Review wrote earlier this year, regarding the DFS order: “Breast cancer is good politics, and when votes are at stake, inconvenient or nuanced science gets overlooked.”