Albany, NY — More than 300 employees were paid at least $100,000 in overtime and at least 734 earned more in overtime than in regular pay at the Metropolitan Transportation Authority (MTA) last year, according to payroll data provided by the MTA and posted today on SeeThroughNY, the Empire Center’s government transparency website.

Overtime payments at MTA totaled over $1.12 billion in 2021. That’s an increase of $16 million from 2020, but down $221 million from a record high of $1.38 billion in 2018.  An April 2019 Empire Center report breaking down that 2018 payout prompted investigations of overtime abuse at MTA that led to criminal charges and convictions, and inspired a managerial effort to reduce overtime hours.

Of the 320 MTA employees with overtime exceeding $100,000 last year, four collected more than $200,000, the latest records show. The top five overtime earners were:

The MTA Headquarters, Bus Company and NYC Transit Authority increased in total overtime in 2021, as shown in the table below. 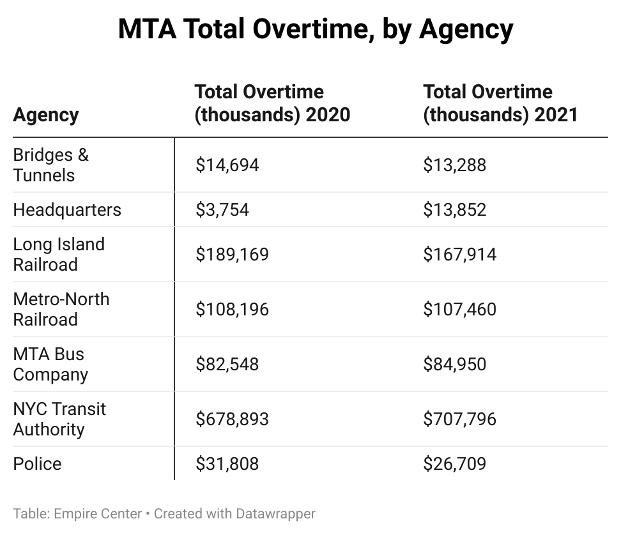 The table below shows key data concerning the top ten overtime earners at MTA in 2021. 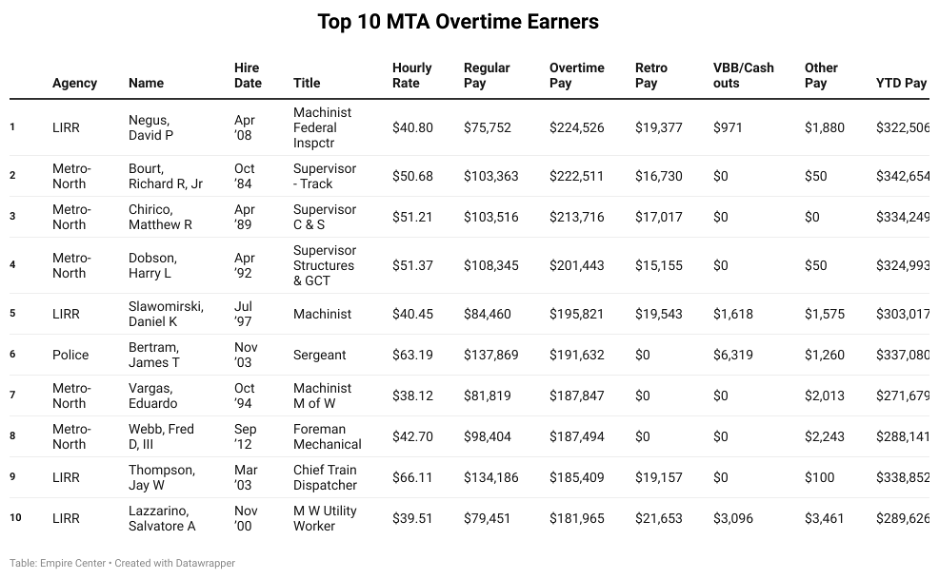 A list of the 100 MTA employees with the highest total pay in 2021 is available here.

The Empire Center has litigated several cases in recent years to protect the public’s right to know how government agencies spend money. The MTA paid the Empire Center’s legal costs to settle a 2015 lawsuit after the agency repeatedly failed to respond to FOIL requests in a timely manner, as required by law.